I've been at the mercy of the holiday season busyness and haven't posted as I ought. Farm doings are still happening though. Today Adam and I drove out to see about some farm needs. We stopped at a home where the front yard is full of barrels. Adam needs barrels for his watering system. 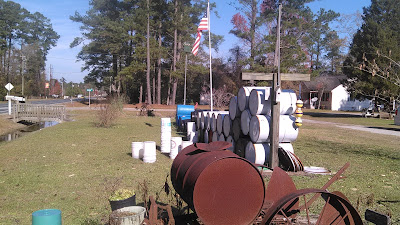 He bought two of these used pickle barrels. They are safer to use than the blue plastic ones that've been filled with toxic chemicals. 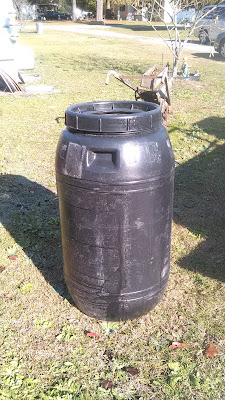 As he was loading them in the truck, a man drove by pulling a trailer laden with three large metal barrels. Two of them were shot through with holes, as they tend to be in the country. He hollered at Adam, "Do you want these?"  "How much?" Adam hollered back. "Free!" We took them.
I think the man's wife was relieved. He'd just been turned down at the dump, and they were hauling them back home.
We'll use the blue ones as burn barrels. One of them had no holes and Adam will sterilize straw in it. 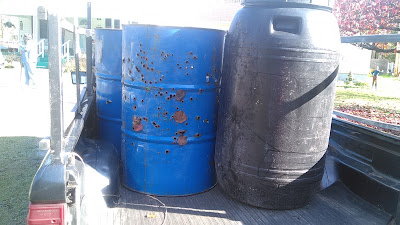 Our next stop was a pretty little farm where they crack pecans. 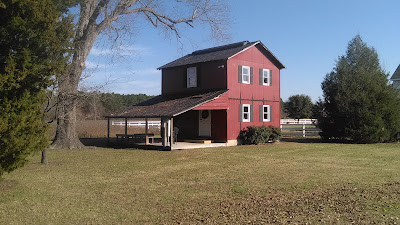 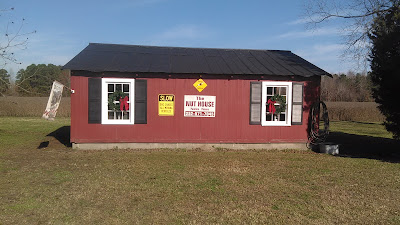 Unfortunately, the signage demonstrated more humor than its grumpy proprietor. But he did agree to crack and shell our little pecans. Adam will pick them up this afternoon. 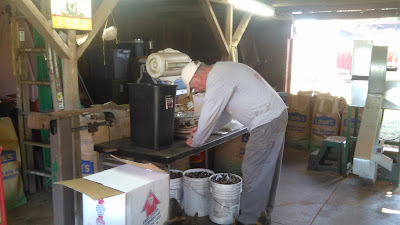 Several friendly dogs compensated for their owner. I should be nicer -- maybe he'd had a bad morning? 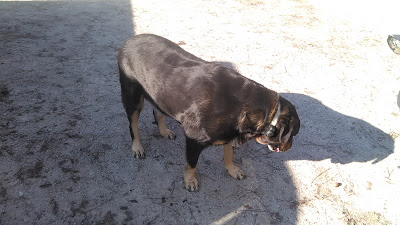 Another useful item Adam recently bought is a vacuum sealer for food. 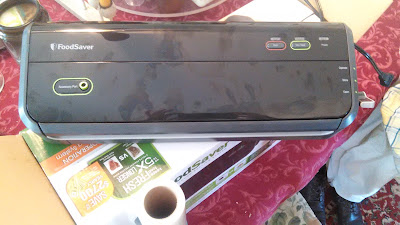 He'll package the pecans in these and I'll sell them at the farmers' market. 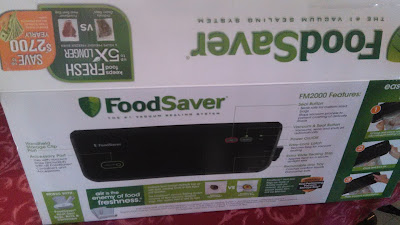 The second item bought new this past week is quite necessary -- a Luggable Loo. Hahaha!! 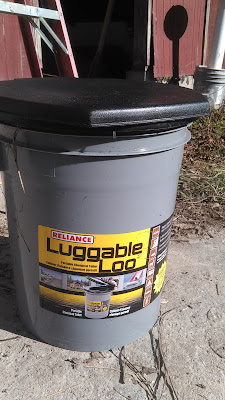 It's a bucket with a lid and seat designed to be a potty-in-need. Adam will keep it out in the barn (and eventually in a little shed for this purpose), so that when the need arises he won't have to trek back to the house. Plus, it will double as a potty for our sailboat, which is important too. 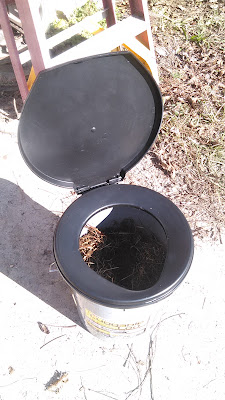 It's a composting toilet. Straw in the bottom, and straw on top of the poop, actually prevents it from smelling, and it does work.
Elsewhere on the farm, the dogs are loving our clear, warm weather. Maggie is nearly as big as Sandy now. 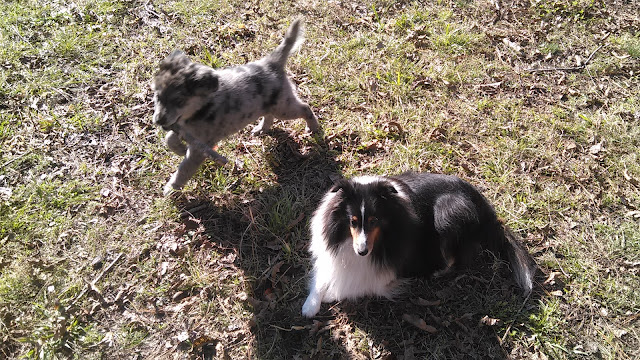 The bucket of potatoes looks good. 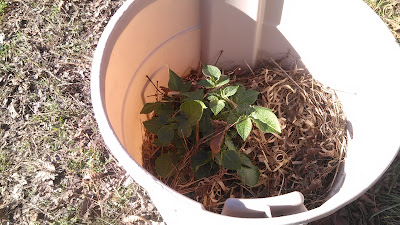 Adam has covered four of his five compost bins. 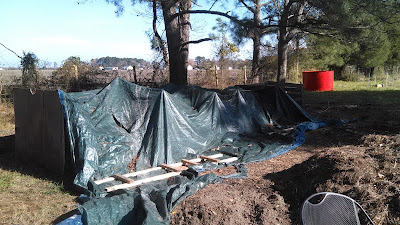 He's also worked a bit on the barn office. "Office" is a loose term for the only portion of the barn with a door and a concrete floor. He put our old TV back there plus an antenna on the roof. I think he gets about 20 channels! Amazing. He wants to watch just a little football. We haven't had cable since 1989, and haven't had TV reception in our house in about a decade. Poor fella. 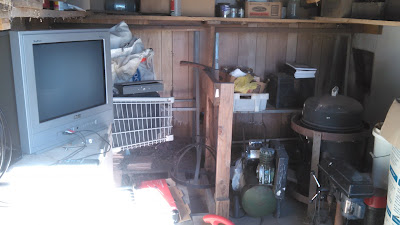 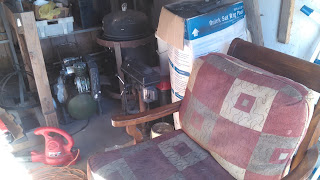 Such a man cave. Plus one big, soft chair.
That's it for now from the farm! If you don't see me here again until after Christmas, it's because we're having fun, doing lots of music and celebrating, and enjoying our vacations from our various schools. Merry Christmas, everyone!