At the end of last week Adam launched into fixing up the out-building, a 15'x 15' cement block building with an old metal roof, two doors, and two windows. It was in such bad shape, overgrown with vines and nasty-looking, that I don't even think the bank or the appraiser considered it in the value of the property. After pulling down the ceiling (which I showed you before), Adam cleaned out the muckiness. 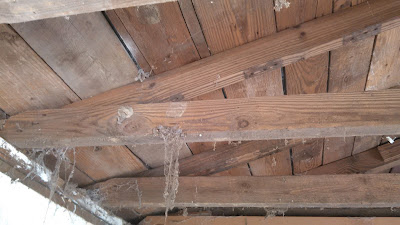 Some of the muckiness, thrown out the door: 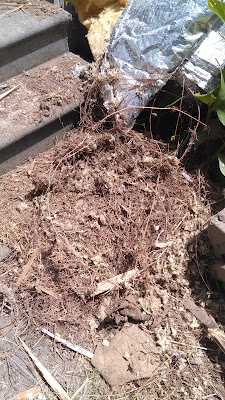 He removed the door. 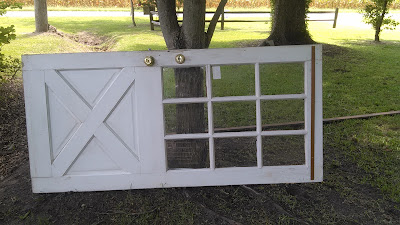 There were all manner of things in that building. A South American hammock. A bench seat from a van. This interesting telephone: 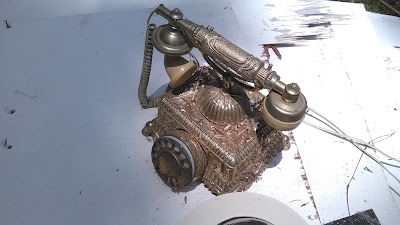 The new floor and ceiling lay stacked in the grass. 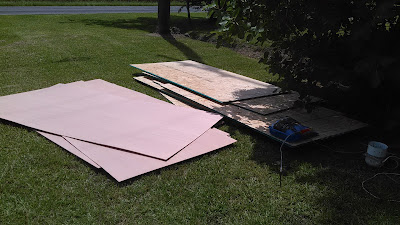 After extensive cleaning, a few stray vines still grew inside the single room. 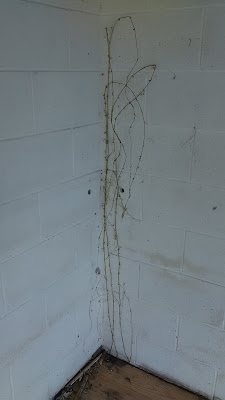 Adam pulled up the nasty, peeling linoleum and the horrible layer of subfloor beneath. Then he found this -- 1x4's, some of them rotted too. 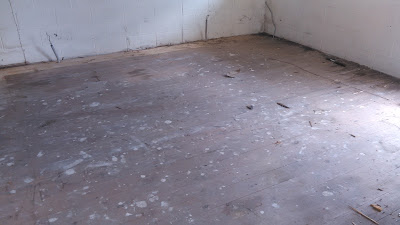 Old termite damage. So he started yanking them up too. Needless to say, it was a long day of hard work for that preacher! He had blisters. 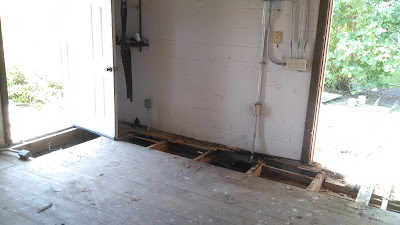 He put down a new plywood floor, nothing fancy at all. Later we hope to put down some sort of linoleum, but for now a solid surface that't not rotting will have to do. Anna can throw some rugs over this if she likes. 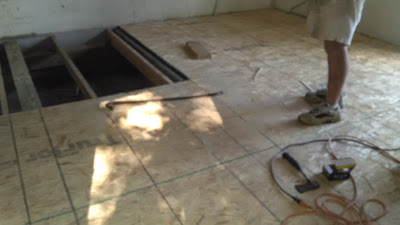 The floor was finished. Adam says readily that he is NOT a carpenter. He just makes do. Out the door you see the large stack of refuse that we will need to move to the pasture and add to the burn pile. 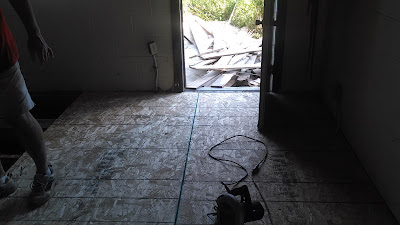 This winter we will likely have many cool days with large burn piles. It will feel like 23 three years ago when we were redoing an 1870s Victorian house in Mississippi. Like this farm, there were many spreading pecan trees, many fallen branches Many Saturdays were spent stuffing wood into a 55-gallon barrel in the yard and roasting hotdogs and marshmallows for supper. Our oldest son was a baby then. Happy days. These are happy days too. 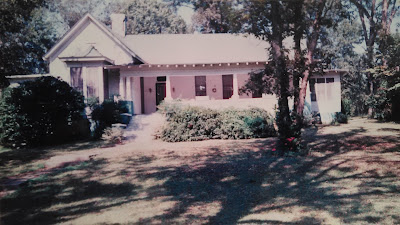 There's our first home purchase, for $36,000, I believe. 14-foot ceilings. Massive rooms. Horrible plumbing. That home repair effort has tales of its own.
Posted by M.K. at 3:18 PM

Email ThisBlogThis!Share to TwitterShare to FacebookShare to Pinterest
Labels: out-building