My favorite day is one on which I don't have to go anywhere away from home. Today was such a great day! The weather felt like early October ... in late July!? What's up with that? "Weather Perfection," that's what's up! Adam went out at 6:30 a.m. and started by scything the field. He hasn't been able to do that since he injured his hand, but now he can grip strongly enough again. Then he proceeded to weeding sweet potatoes and mowing. 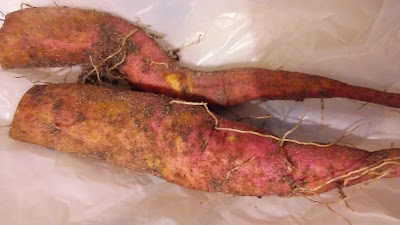 While weeding, he unearthed a couple of early sweet potatoes. At least now we know they're down there!
I went out later, picked tomatoes, green beans, and cucumbers. I canned 3 pints of tomato sauce. 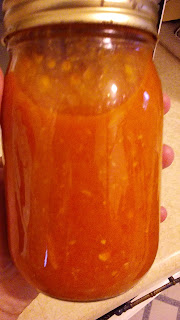 I yanked a big basil plant out of the ground and picked/cleaned its leaves. 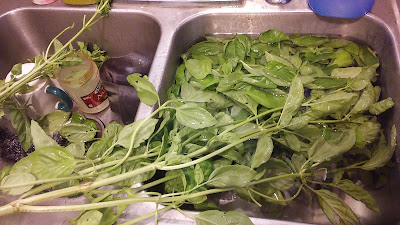 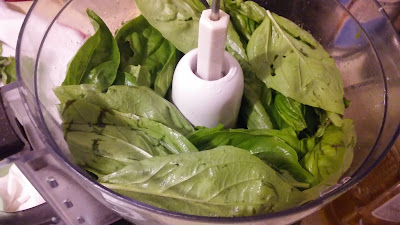 With olive oil and salt, I pureed it in the food processor. 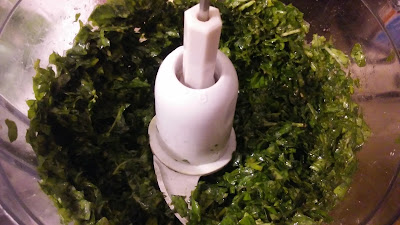 That huge plant yielded one 1/2 pint jar of ... basil sauce? It's not exactly pesto. Anyway, I topped it off with a layer of oil and put it in the freezer. Then I did a second one. Since I had 25 massive basil plants in the garden, that means only 23 to go! 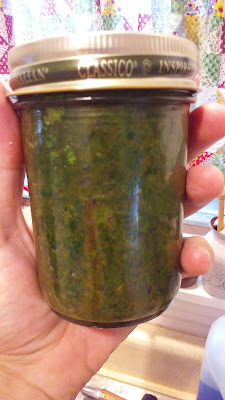 I had a bit of leftover tomato sauce and basil sauce, so I boiled up some pasta for lunch, and it was quite delicious. Fresh picked items give such a burst of flavor. 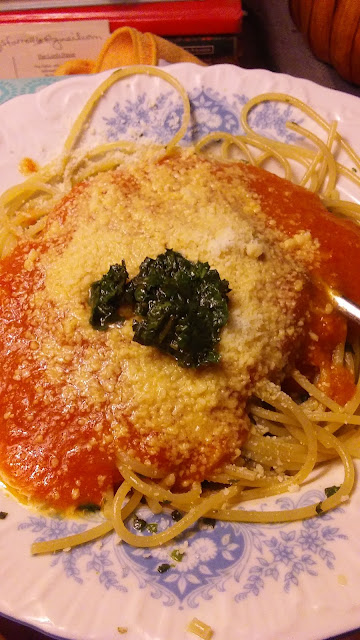 I rested up after lunch, and then started on the cucumbers. 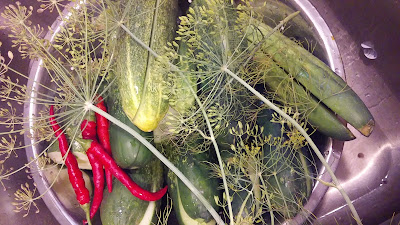 I used the recipe at this link to make over four quarts of refrigerator pickles. 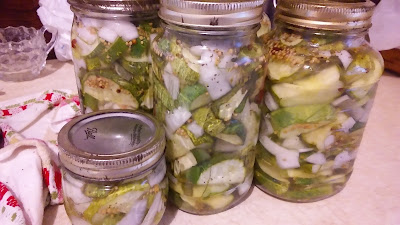 The cayenne pepper and dill are from our farm too. 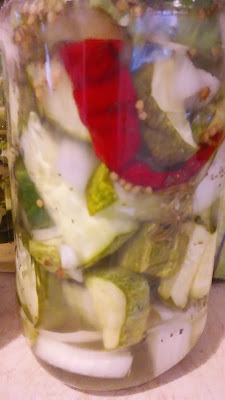 And we finally picked the big watermelon we'd been watching grow for many weeks. It's cooling in the frig. It was a volunteer plant. 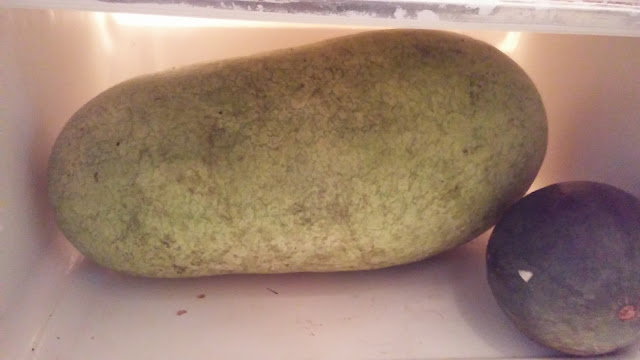 A farm work day is quite fun when it's productive, when you can look around you and see the fruit of your labors. It's quite satisfying. Adam sees a tidy lawn, a neat potato bed, lots of tall grass prepared for compost. I see jars of fresh foodstuffs preserved for later use. I know this work can be wearying when you do it for 40 years, but for us, it's still new and fresh. Thank you, Lord, for such a beautiful day!
Posted by M.K. at 2:12 PM