The Farm in August -- Oops!! Forgot to Post This One!!

We are in full swing of transitioning the garden from summer to fall. 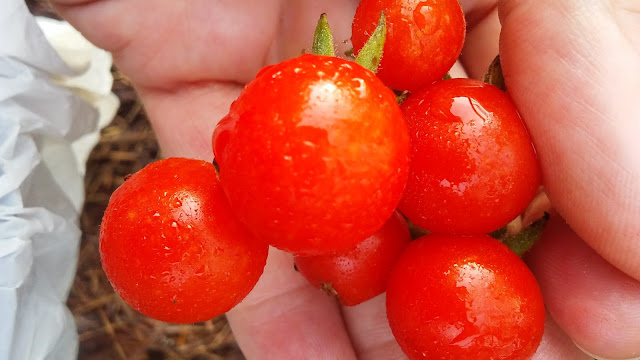 We're still getting some tomatoes and making paste, which Adam has discovered he loves. 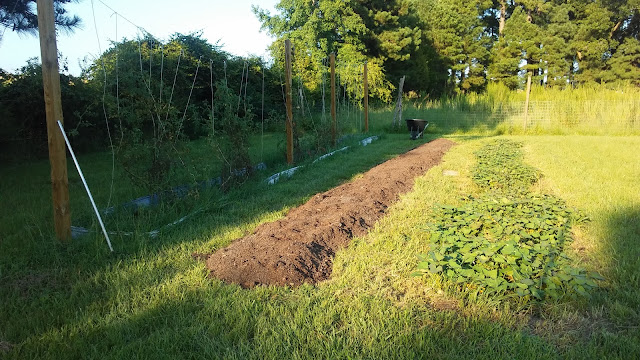 Above left are the slim skeletons of some weary tomato plants. Most of them are  now yanked out and put out of their misery. The middle bed is the cleaned-up potato bed. Doesn't it look lovely? Lots of white potato chunks with little eyes are now in there. The green bed on the right is sweet potatoes. They're at their peak, blooming but not turning yellow yet.
Below is a small patch of bed for more Blue Lake bush green beans. They are now UP! and we'll be covering them well to keep naughty rabbits OUT. 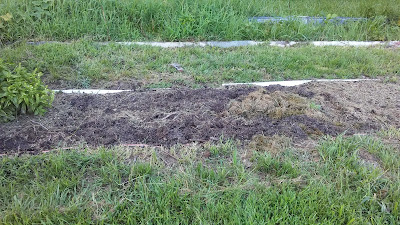 This is my new hen, Autumn. She's an Easter-Egger. That means she'll lay green/blue eggs, but is not a pure breed. She has a little silkie in her because she has an extra claw on each foot. 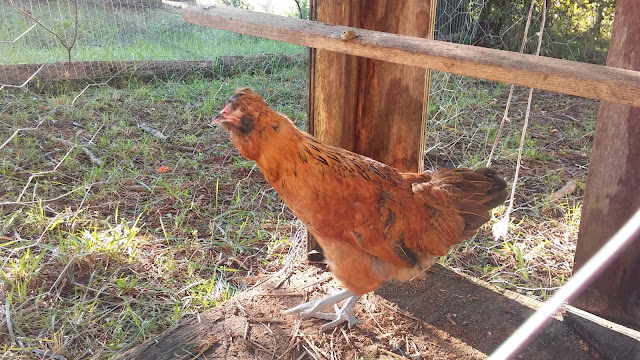 We used the isolation pen again. She stayed in it about 24 hours. My other 3 birds in this yard are all young, about 12 weeks. So they're less likely to be aggressive toward her and more likely to receive her easily. And they did! 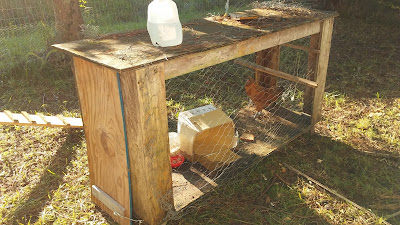 These are the three young ones -- the two silkies and the black cockerel (young rooster). Jack, the white cockerel, went to live elsewhere. He was more aggressive, and I didn't need another rooster. 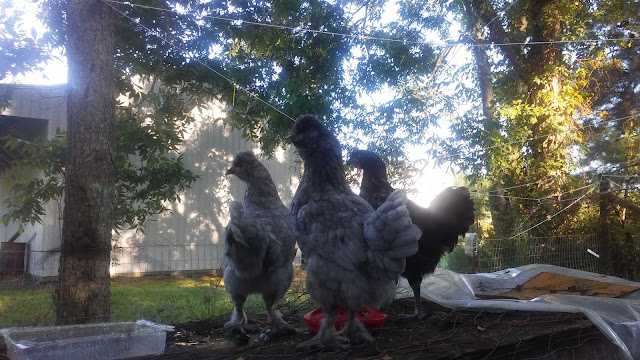 I planted three loofah vines from seed. I now have 6 loofahs (hooray!) but I think I could have had more fruit if I'd snipped off flowers and some vines early on. But I'll save the seeds from these for next year, and do a more productive job. They are huge! I'll dry them and either put them in my soaps or sell them straight at the market. 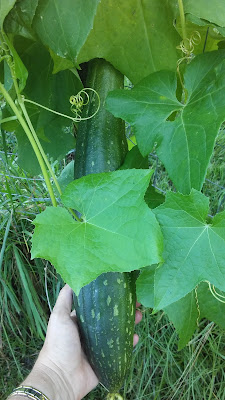 Our cat, Bill, died. Sadly, she was hit by a car. Adam buried her in the orchard. While doing so, he unearthed some good clay there, and he's testing it to determine if this clay is good for making cob. 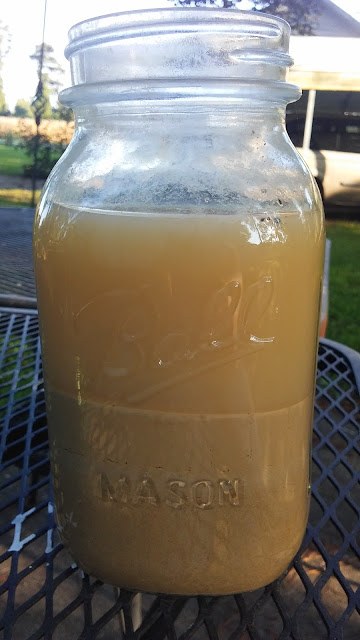 Good cob clay needs to be about half clay and half sand. It takes 2 weeks for the soil to separate into its layers. He is hopeful about this clay. If he finds good clay, he wants to make a cob oven with cook area and a grill. This, of course, is far in the future, but it's encouraging to find some of the materials under your own feet.
Posted by M.K. at 2:28 PM