Why I Picked the Cantaloupe 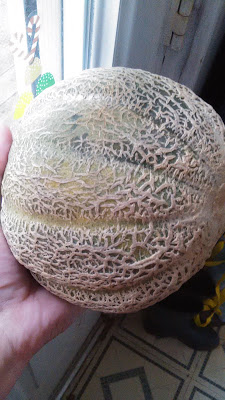 Because I had to rescue it from Ned, our resident cantaloupe picker.
He picked and nibbled on this other, smaller cantaloupe (below) on Saturday. We'd been watching that big cantaloupe (above) for weeks. Waiting. (Adam is a lover of cantaloupe.) So I picked it, probably early. 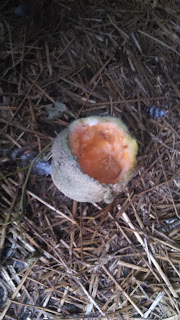 Ned chews EVERYTHING. He drags wire mesh out of the barn and mangles it. 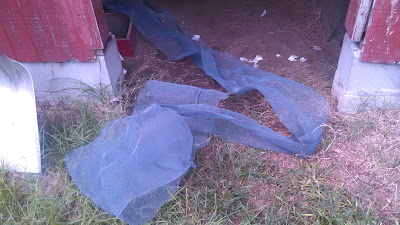 He pulled my bike basket off my my bicycle (which was hanging from a ceiling hook) and ripped it to shreds. 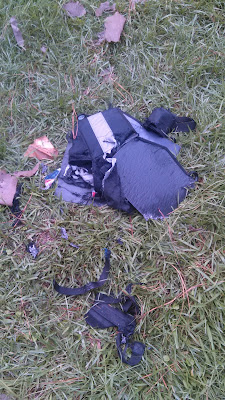 He sticks his snout into the open end of Adam's big dehydrator and nibbles on the styrofoam. 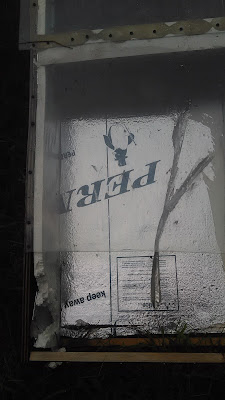 He reduced a garden hose to gnawed-on segments all over the yard. 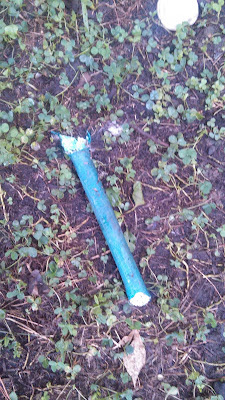 He chewed up a paint roller and the handle too. 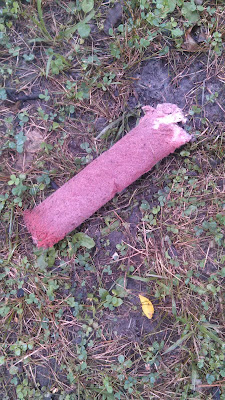 Oh, and I forgot to take a picture of the canister of liquid nails he got hold of.
He even attacks his own play balls and reduces them to trash. 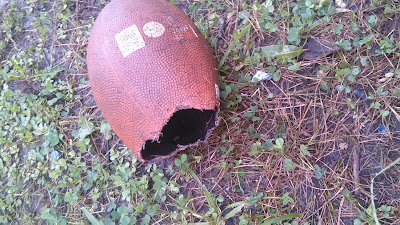 Then there's the brand new bag of Miracle Gro potting soil he stole off the greenhouse shelf. 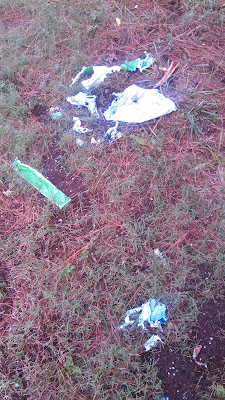 Not to mention the many, many cardboard boxes Adam puts in the compost bins. Ned removes them, shreds them up and scatters them across the pasture. 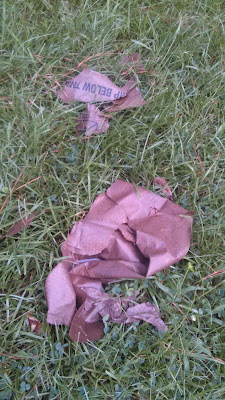 The one thing I've never seen him chew, which he really ought to chew, is his chair.
It's a big upholstered wooden chair -- perfect for gnawing on. 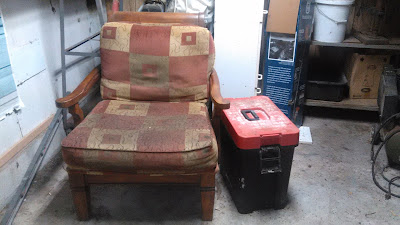 Many of his chewing victims come from the worm bay in the garage (the far left bay). It had nothing covering the doorway, so Ned helped himself. He would even grab the old veggies Adam put in for the worms to eat, and nibble them down for lunch. (sigh) 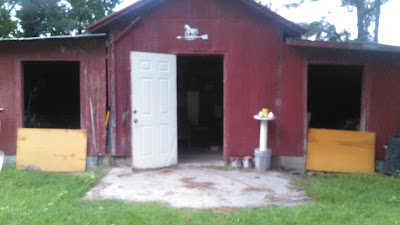 Ned's room is in the middle -- his chair, his food, his water. The door on the left has the worms. The door on the right is full of old lumber, equipment, scary things like snakes and mice. I don't go in there EVER. But I needed another board to put over the worm bay (as you see I did in the photo above). So I looked in the bay on the right right. And I saw this. 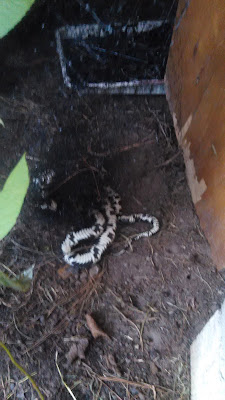 A snake. On its back. With its head tangled up fully in some mesh fencing. Ugh. I thought it was dead but then it wigged. I left it for Adam to deal with. Double ugh. I retrieved a big piece of wood, covered the doorway again, and left it to wiggle. 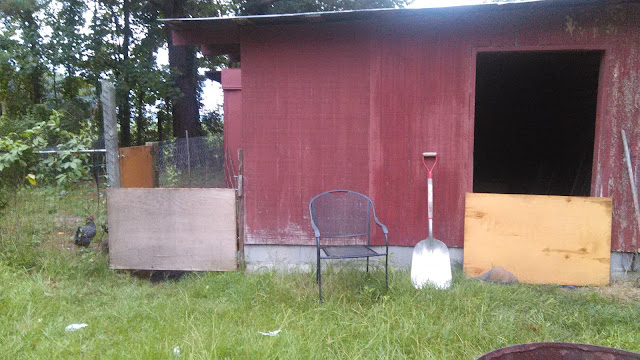 I do worry for my chickens a bit. They're in the enclosure on the left -- see one? They like to flutter up onto the fence or the gate -- see the darker wooden gate with the hook closure? They sit atop it. Today we'll be putting some of that loose black fencing all along the top of the more solid fencing. It's so soft they won't be able to sit on it, but it's high enough they won't be able to fly over. I hope.
Speaking of escape ... today at the pound, Adam and I found our second farm dog! So now Ned has company! Maybe he won't be so bored? Maybe he won't chew so many things?
Meet Marigold, aka "Goldie."
It's good to have Adam back home from his long trip to Louisiana to officiate at his nephew's wedding. He's already mowing and cleaning up after Ned. Ned and Goldie have already escaped the fence once today, through a gate that has always been closed and bolted. Not sure how it got open. We are hoping Goldie is not an escape artist who will adversely influence Ned. That's all he needs!
Posted by M.K. at 9:46 AM