Sunset on the Farm 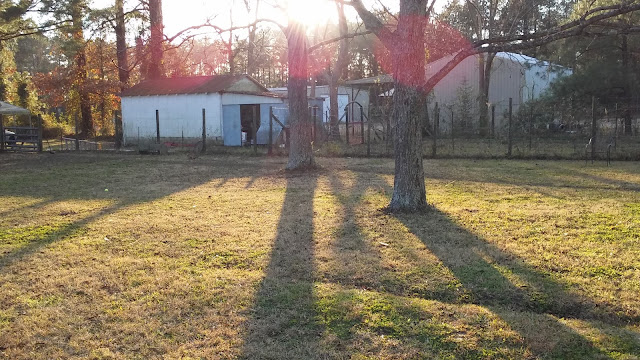 What a day! After the frigid temps of a couple days ago, how glorious to have a high near 70! -- a balmy December day. I know it was warm because when Adam and I were walking across the field, a small brown snake was in our path, making his way somewhere. Snakes out, in December!
Ned said it was a good day to play outside. 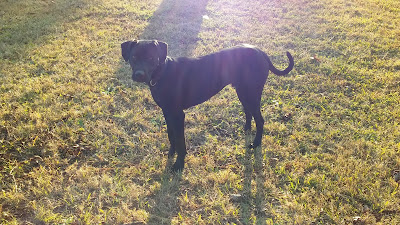 Isn't he a handsome fellow?
Beau agreed to play with him, and they were both quite happy. Love this pic: 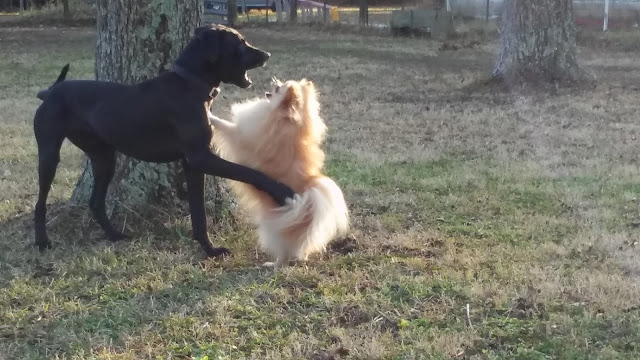 Sunset through the oaks and pines: 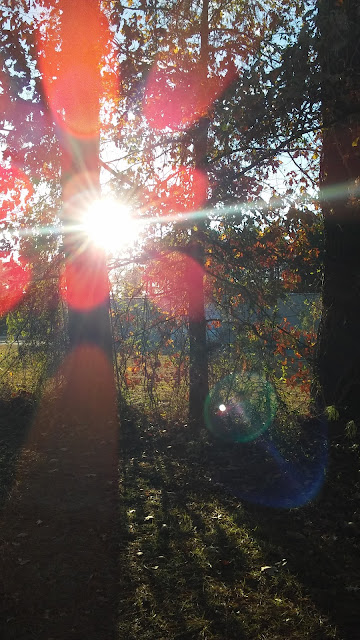 Adam has worked so hard on these garden beds (and he's not done yet). But three of them are comlete. 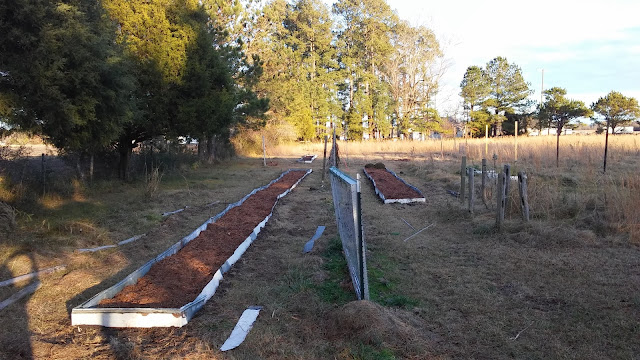 They're all three tilled, lined with metal edging, raised soil, and a layer of leaf mulch on top. 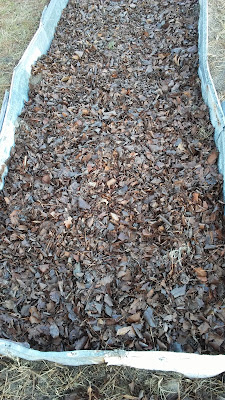 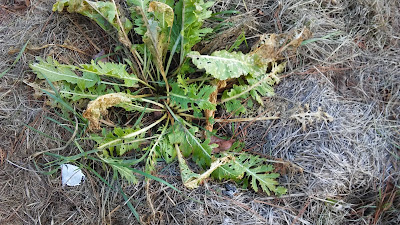 I was given three large mums this fall. Adam put them deep into one of the beds to sleep for the winter. I hope to put them into a sunny bed in the house lot, in spring. 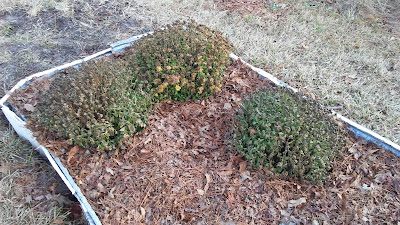 On Friday morning, a truly frigid morning at about 19 degrees, I made the chickens hot oatmeal with other yummy nibbles thrown in. I took it to them in a big enamel cooker, allowing the oatmeal to cool, of course. 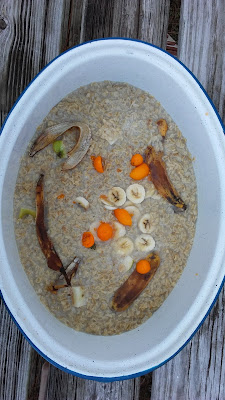 Except for their feeders in the coop, these chickens are used to me bringing them crumbs and scraps, and eating them off the ground. They did not know WHAT to do with that enamel pan! They refused to stick their beaks in. They scooted around it, nervous little hens. 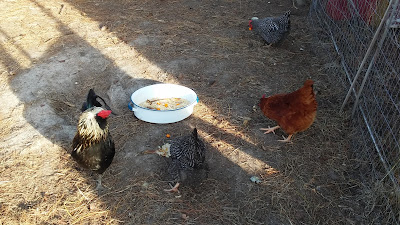 Finally I had to dump it all out on the dirt before they would eat it, which they did. Silly birds.
Adam is composting leaves like a crazy man, driving to people's yards and collecting them -- mowing them, bagging them, hauling them back. His compost pile is enormous. Let's hope it translates into some fabulous vegetables next year!
Posted by M.K. at 6:03 PM