Between the greenhouse and the cornfield, Adam began digging new garden beds for spring plants. 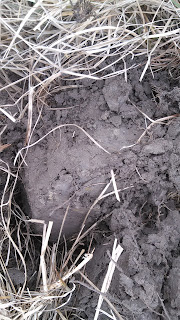 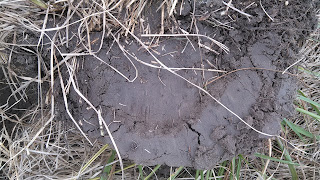 Our soil isn't clay, but it is a very fine silt that doesn't allow much space for water or air for roots. Adam double dug the first long bed. These photos show the soil before being amended. 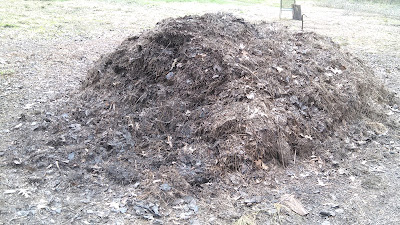 So he took a big chunk from his large compost pile and mixed it into that bed. It was about 1/2 soil, 1/2 compost. The compost is fairly fresh, but it both lightens and enriches the dirt, and will break down more in the bed. Adam will add more to that bed, making it about 1/3 soil, 2/3 compost by the time he's done. 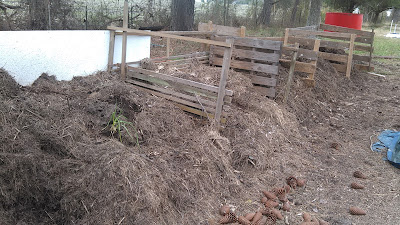 He continues to work on his compost regularly.
He'll add organic fertilizer to these beds too. 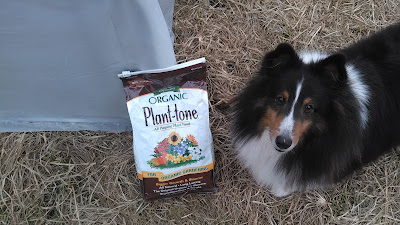 Now that first bed is lovely and he'll start on some more in that location. It gets good sun and is in the best-drained part of our property. 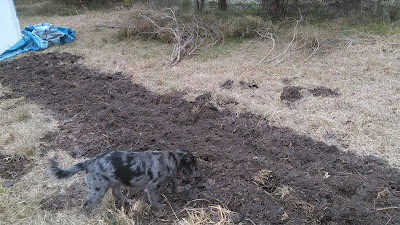 The reason we changed our plans a bit is because of events in nearby Oriental. We lived in Oriental for three years and love the town. It's a unique village, isolated on the far side of this county (which is itself isolated, jutting into the ocean on the far side of the state). It's a boating community.  The residents love to sail, but the town is a stop for hundreds of boaters, cruisers, and live-aboards throughout the year.
Recently, the town has lost all its grocery stores. The local mom-and-pop store, in Oriental for 44 years, was driven out of business by a new WalMart Express. Oriental is a pretty affluent place with boaters and New England transplant retirees, but a stone's throw into the surrounding county, people are poor, and they shopped at WalMart happily.
Then yesterday, the WalMart store closed. The giant corporation knifed us once, and then finished us off. We're left with a Dollar General store, which isn't adequate as a grocery.
Oriental folk are not to be squashed however, and they formed the OFI -- the Oriental Food Initiative. They want a grocery store. They do not want a WalMart! They want a store that offers quality local, healthy food. These are folks who would shop at Trader Joe's and Whole Foods if they had their preference. As it is, they drive 45 minutes one way to Harris Teeter because the  closer Piggly Wiggly and Food Lion just are not good enough! Yankees are opinionated :)
The OFI held a standing-room-only meeting on Wednesday for anyone interested in eating in Oriental. People fielded ideas, dreams, plans, opinions. Adam attended. He said those people will find a way to have a grocery store. But they want fresh food now, so as a local farmer, he is trying to meet that need ASAP. I imagine whatever we're able to grow, they will buy.
Our first goal is to feed ourselves, but we do want to feed the community if we can. I'll keep you posted on how that goes.
Posted by M.K. at 4:28 AM