A couple of days ago, Adam got the plastic on the greenhouse. 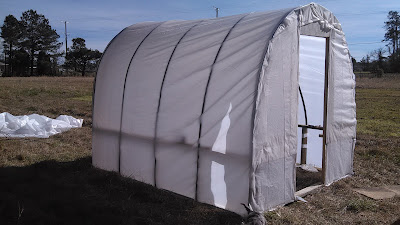 Then yesterday he built a door and covered the back window. 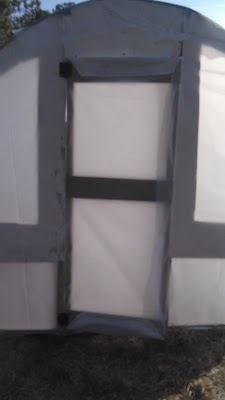 This plastic just rolls up or down, and is secured by a screw. 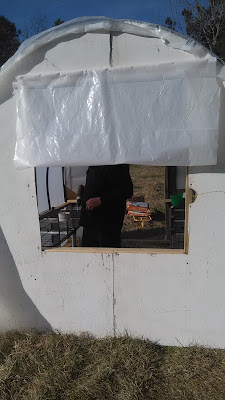 We wanted a quick, low-cost greenhouse, and we got it! It's quite comfortable inside.
Adam installed the shelving that came from the restaurant of a friend. 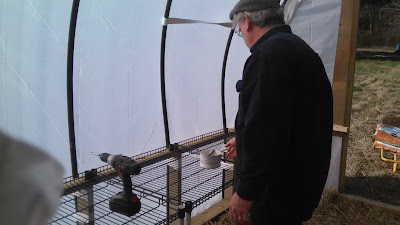 They rest on PVC pipes on the front, and a wooden rail on the back. 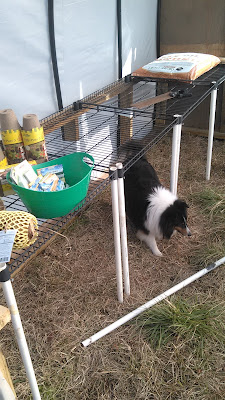 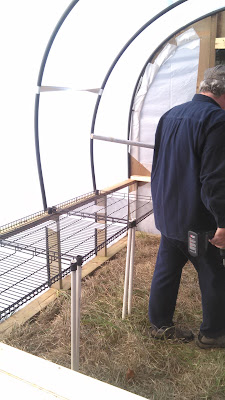 Close-up of the PVC: 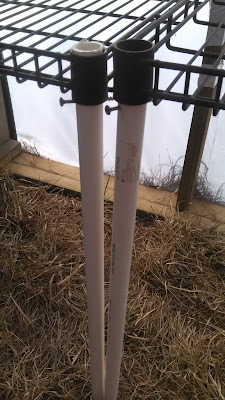 He used an upside-down 2-top restaurant table for a dirt table. It works very well. We can move it around too. 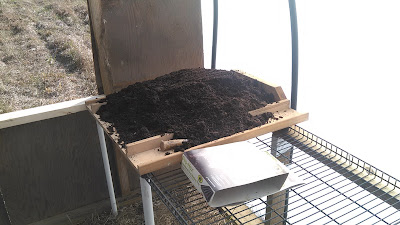 Adam picked up some starter cells for seedlings, some various sized compostible pots, and some seeds to plant. 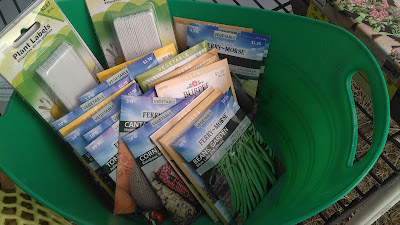 He thought of ordering from a seed catalog, but the shipping was pricey, and he found the same seeds at Lowe's. 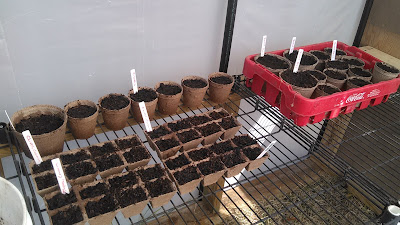 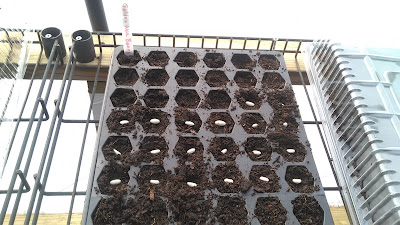 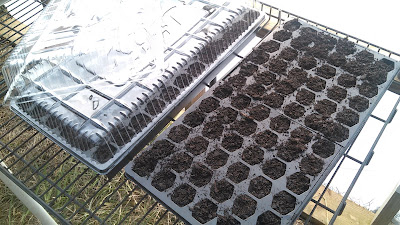 Then he brought a few drink case boxes (left here by our Previous Owner). These are handy for carrying lots of little pots from one place to another. 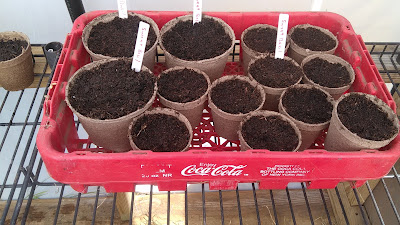 And he bought three bulbs for elephant ear plants. I never knew they looked like this! 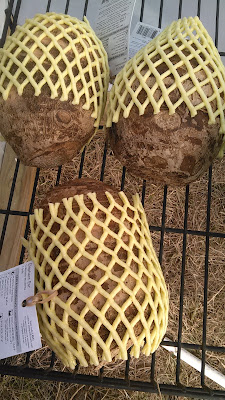 So our greenhouse is functioning now and looking quite good! I'm proud of Adam's work and so happy that we are already (in January) beginning our seedings. 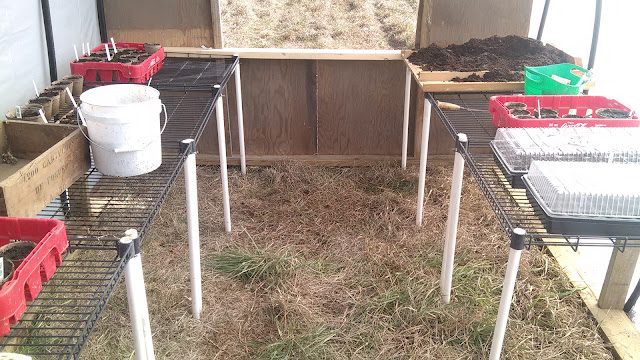 We planted: golden wax beans, cilantro, basil, dill, and parsley. Two other bean types we must soak first before planting. Our first goal is to feed ourselves. Our second goal is to sell plants and veggies to others.
In addition to the red boxes, Adam brought over this box, left in the barn by our Previous Owner, "Mr. M." 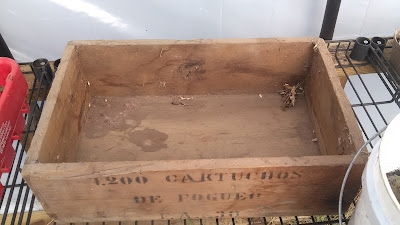 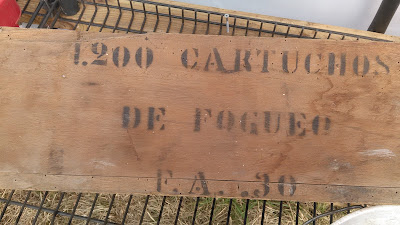 It's a ammunition box. Mr. M. was French, but now I'm wondering if he was in the army there. Did he fight in the  French resistance? My imagination is churning! However ... that phrase is Spanish, not French. His wife was from Central America. Maybe she fought .... (Oh hush, MK.) And the wikipedia page tells me that "cartuchos de fogueo" are blank cartridges. So whatever was being shot at, it probably wasn't Nazis! I've been watching way too much Foyle's War lately.
Today on the farm it's warm enough not to need a coat or even a sweater. The bees are flying. It was quite nice to get my fingers in soil, even if it was just sterile potting mix.
Posted by M.K. at 8:12 AM