My henny-pennies are doing their job! Other chicken ladies say that they have fifteen nesting boxes for 40 hens ... and all the hens use the same two boxes, haha :) Well, I have three hens laying so far. Two nesting boxes (below). And nobody, but NOBODY, cares to share the space. One lays in one box. One lays in the other box ... 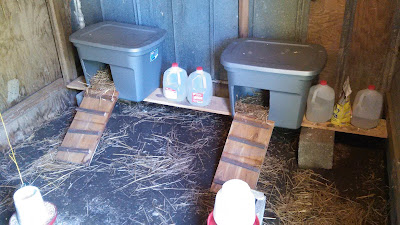 And Ethel hunkers down in the dirt between the nesting box and the wall, and deposits her daily egg there. Good grief! 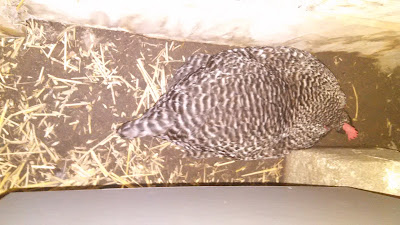 The is Punkin. She's crazy. She's laying about every other day. This is an old ant mound in their chicken yard, but now it's their bath. 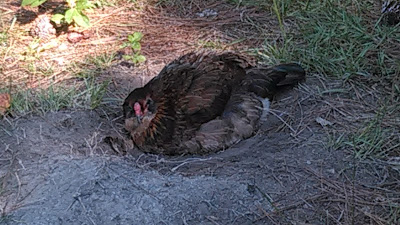 Hostas in the front flower beds were an utter failure. I really wanted them to thrive there, but it was clear they would not cooperate. Too Much Sun. So we took them out, poor things. 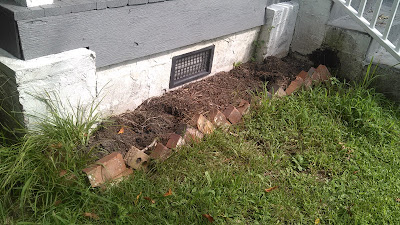 We moved them to a shade bed on the side of the house. 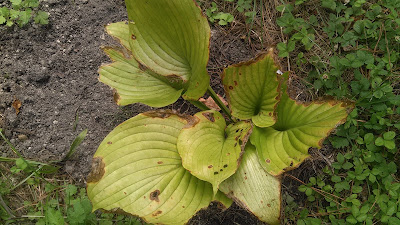 The one above survived the best. The one below -- argh! 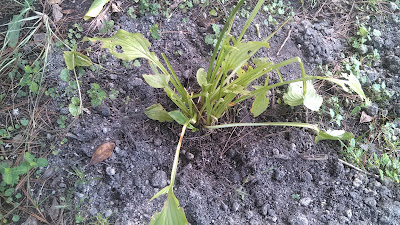 Here's where we put them, near the three hostas that have loved living here: 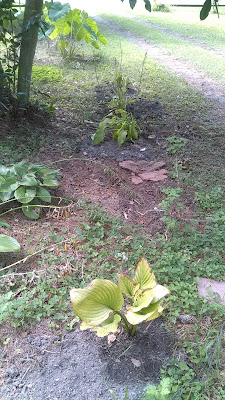 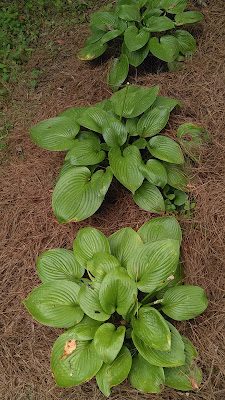 In their place in the front beds I put lantana and echinacea.
The three healthy hostas had flowered, and the stalks with seed pods were hanging around. Normally I'd cut them off and throw them out. But then I wondered ... 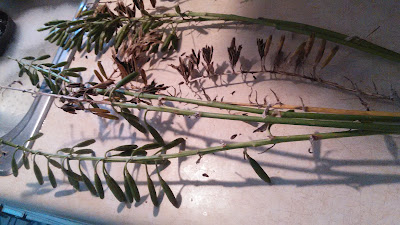 What if I harvested the hosta seeds and started my own hosta plants next year? Does anybody do that? Well, yes! I found a only-slightly-long-winded-and-annoying youtuber who told me how. 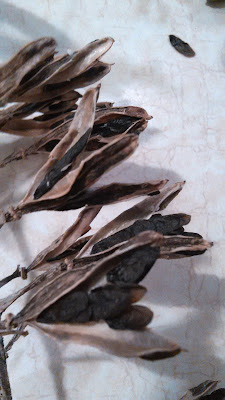 Hosta seeds are light-weight, flat, and black. Each pod has about a dozen, I guess.
I'm waiting on some of the green pods to dry, but I already about about 100 seeds. I put them in a half-pint Mason jar with a cloth lid. 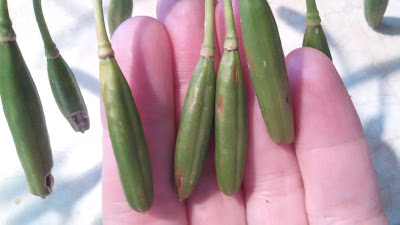 It would be lovely to have my own hosta plants to put in the ground here; we have so much shade. And I love hostas.
Just this afternoon a good friend gifted me with many, many canning jars, Ball and Mason. 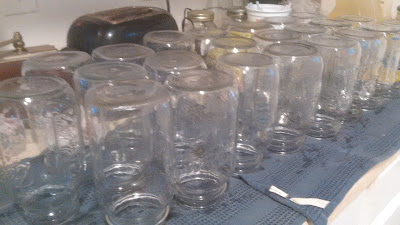 That's 23 quart jars in beautiful condition that I washed. There are that many again of wide-mouthed pint jars. I'm so excited! I may not need them this year, but I do hope in the future to can lots and lots of green beans and other veggies from our garden. Yippee!!
Today was hot and somewhat miserable outside. 90 degrees :(  But we know that autumn is coming soon, so I'm already burning candles ... 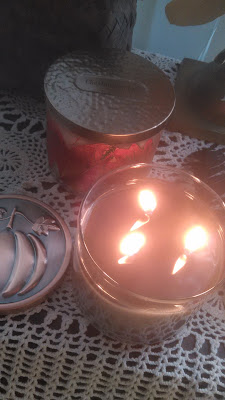 That's a Bath and Body Works "Pumpkin Woods" 3-wick candle, and the one behind is called "Clove and Chestnut." They were 1/2 off, plus a had a coupon for a free one! 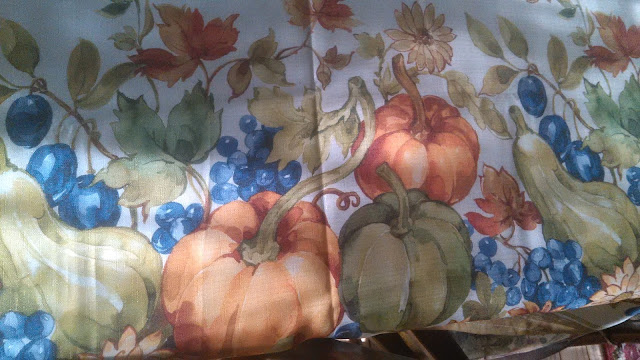 I even sprung for a new autumn tablecloth from WalMart. I love pumpkins. The fall farm is looking quiet and comfortable.
Posted by M.K. at 3:13 PM