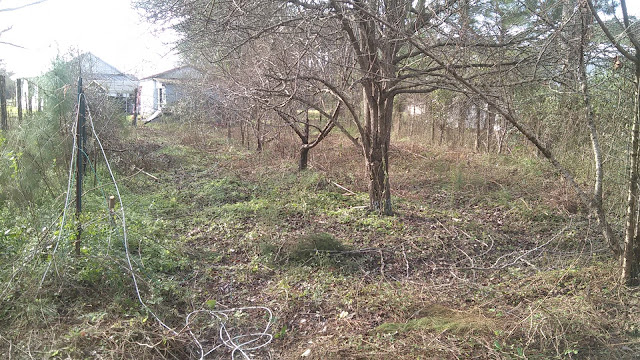 As Adam clears the orchard of weed trees and vines, its bones appear. Mr. M. (the previous owner) planted one row of fruit trees (above), a line of Scuppernong grape vines (to the left in the photo above), and espaliered apple trees along the west and south sides of the orchard (right side in photo, and side against garage).
The west side fence is still wrapped in weed vines like Virginia creeper. The apple trees there are choked, and it will be a challenge to isolate them and clear the fence. 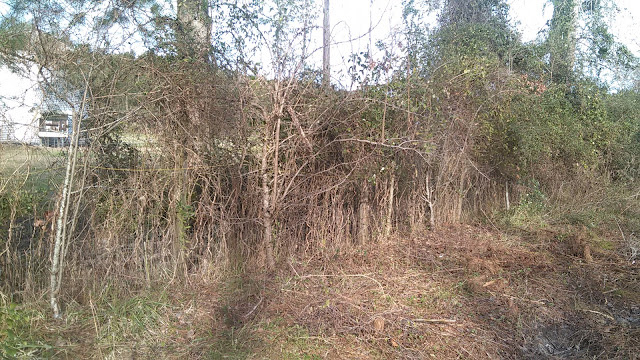 Mr. M. did a huge amount of work building raised beds in this long orchard. It's about 1/3 acre. You can see the outline of a raised bed here. Peter also cleared out so many of the weed trees here. 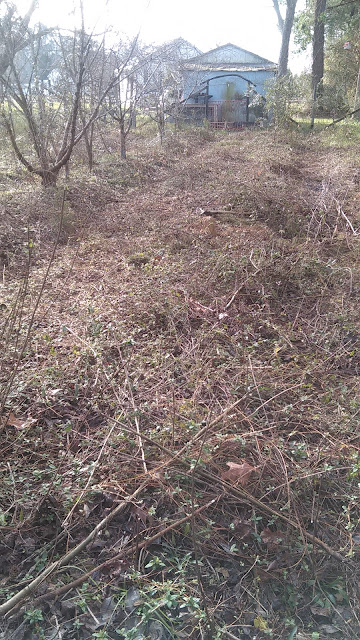 And a raised bed for those fruit trees. You can see the original pruning plan, and the water sprout branches that have shot up. These will be pruned. 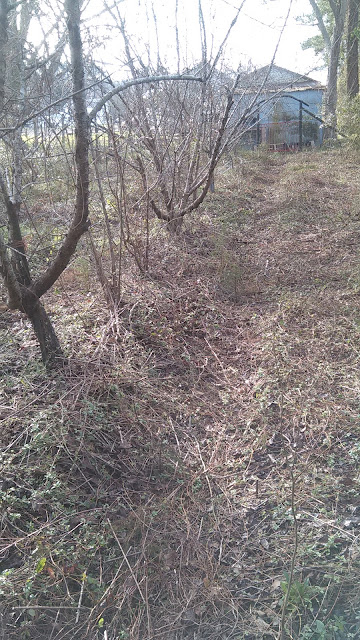 Yet another raised bed between the trees and the grape vines: 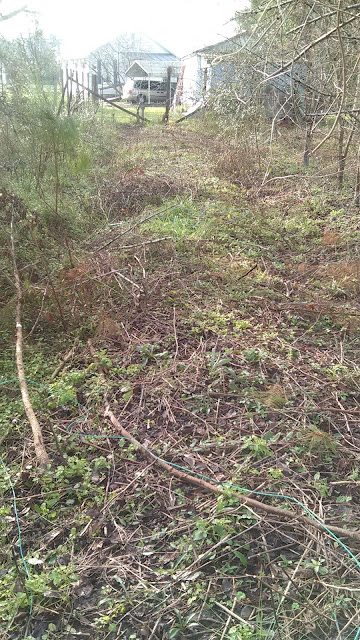 And last-but-not-least, the Scuppernong grape vines running along the east side, near the fence. They were/are wild. Adam is pulling vine from the trees. 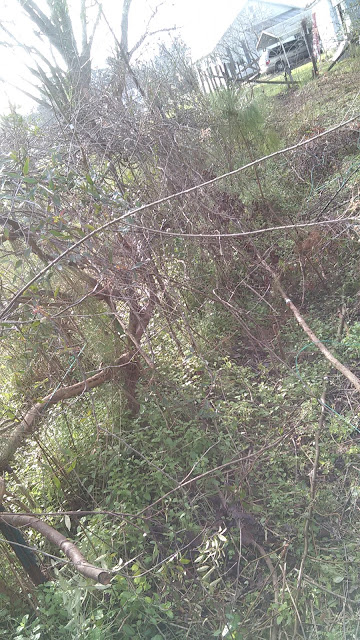 From the front, looking back. Barn on the right. You can see that there's still much clearing to do back there. The layout changes somewhat in the back. He put in more grape vines there in the middle. 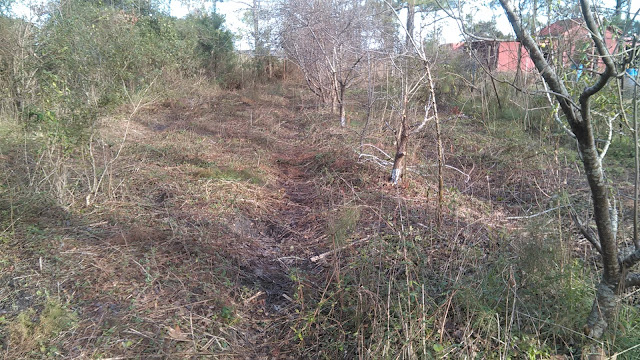 These are no ordinary raised beds. He didn't simply dig out the ditches and pile the dirt into the beds ... oh no! He brought in new dirt for those long beds, built wooden edges for the beds, and held them in place with these re-bar pins. They are all through the orchard. Adam plans to pull them up and use them elsewhere. Nothing wasted. 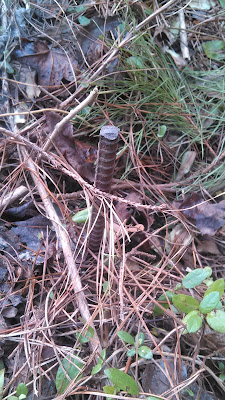 I've found several of these pods lying around. Don't know what they are. Any ideas? 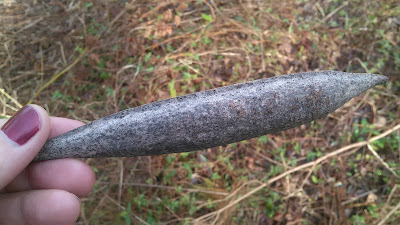 It looks like a little canoe. I can't help wondering -- did some native once see a pod like this floating down a stream and think, "Hey! Let's build a big one of those to travel in!" And he build a canoe :) 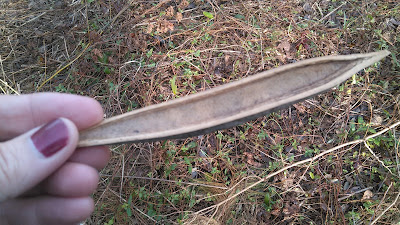 Adam is rethinking his chicken coop plans. Since we're putting some money into the greenhouse this year, he doesn't want to build a coop this year also. We may put baby chicks into the far left portion of the barn. There's a small fenced off area right there for them. They would be in between the barn and the pasture. 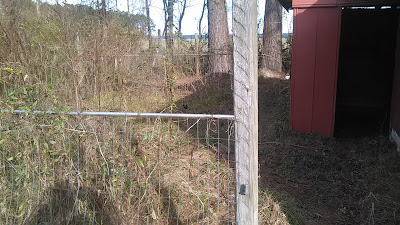