This morning I decided to bite the bullet, as they say, and address the most mousy place in our old farm house ... under the kitchen sink. 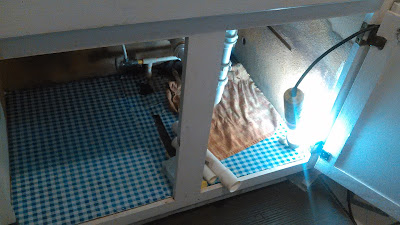 I've been avoiding this task. But I knew from the mouse droppings and the volume of mouse poison being consumed, that it was a Very Mousy Place.
I got my stool, sat in front of the sink, opened the doors, and pulled everything out. Then I began to spray and wipe. 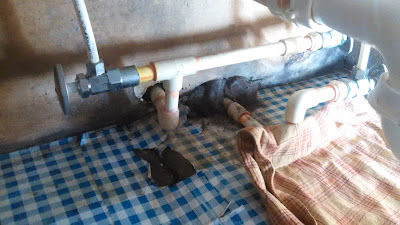 Great mouse holes abound under our sink. I plugged a couple with steel wool, and a few others with old dry sponges. I told Adam we need some of that hole-filler stuff in a can. We had a can of it under the sink, but of course it was so old I couldn't even get the cap off!
I pulled out my two tubs of cleaning supplies, cleaned out the tubs, threw out some stuff, and reorganized. 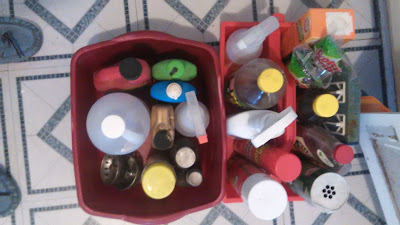 In one spot in one tub, the mice had truly set up residence. They'd chewed up lots of sawdust and made some sort of nest, I think. It did not smell like other mouse nests I've smelled in my time. They'd also chewed into a plastic container of drain cleaner. I wonder what they thought of that!
A few items had drifted down there and belonged elsewhere. 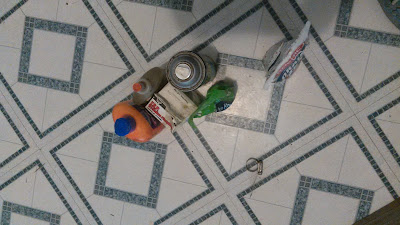 And then I texted Adam (who was back by the barn) to tell him we had a leak under the sink. I found water and bubbled down there, indicating I'd just dumped some water below when I finished doing dishes. (sigh) Adam came to examine: 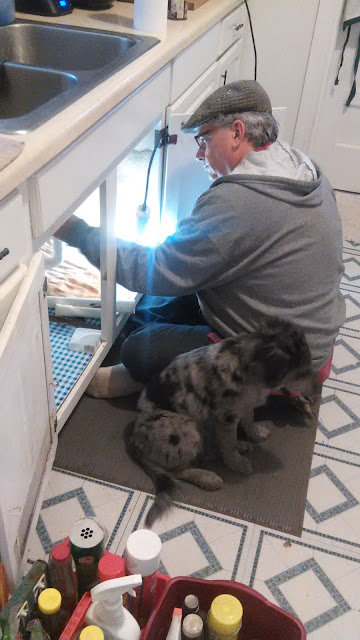 He had help, as you see. Adam has done just about every kind of work there is to do around an old house. He had that plumbing fixed in no time.
I will not tell you how much mouse poop I wiped up under there. We have declared all-out war on mice. Sometimes I sit in the quiet house and instead of hearing the clocks tick I hear the mice nibbling on that rock-hard poison. It's a little disturbing.
In other farm news, Adam's made great progress clearing out the orchard, but he wrenched his elbow a bit, tearing vines out of the trees. He's also been scything some areas around the little guest house. And he's hoping (beyond hope) that it will dry enough to continue laying water pipe in the ground. Tonight his hip is hurting, and his bad leg makes him limp. The damp, cold weather got him so disheartened this morning that he had to bake. That's when you know it's bad! haha! He made blueberry muffins to cope. 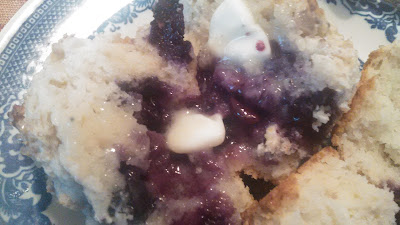 I don't like his discouragement, but I sure do enjoy his coping mechanisms.
Posted by M.K. at 3:48 PM