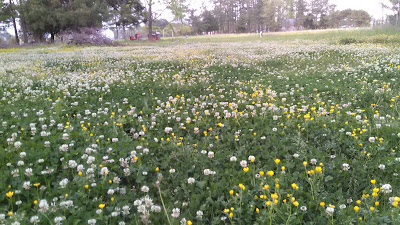 We haven't been able to bring ourselves to cut it all ... just yet. Yesterday when temperatures reached 80 degrees, the whole field smelled of flowers. 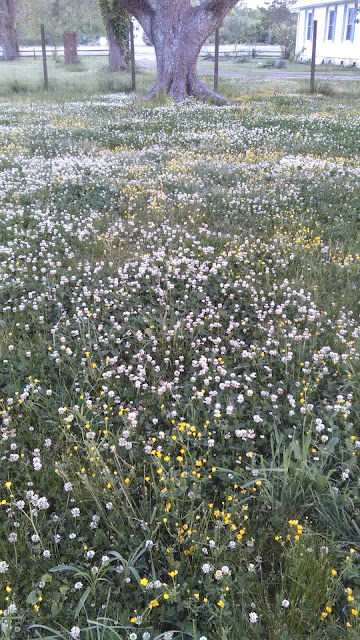 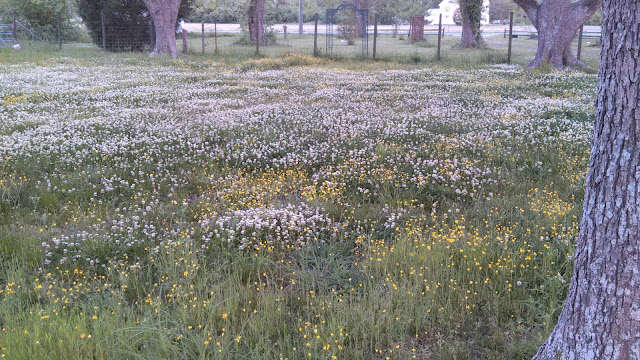 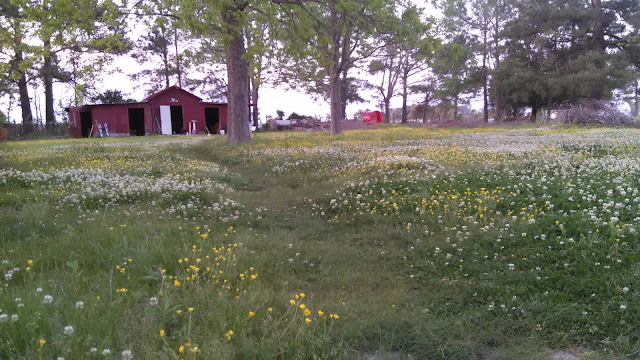 Plus, of course, it's lovely for the bees. Adam's swarm appears to be doing well. He moved it into the place of one of his strong hives, allowing for wind drift too, and the tiny swarm in the brown nuc box has received thousands of new bees. 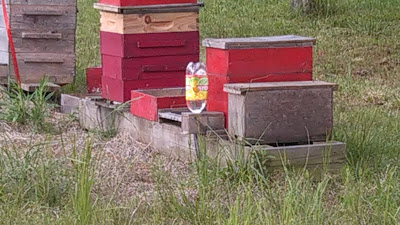 And then there's Ned, sweet boy: 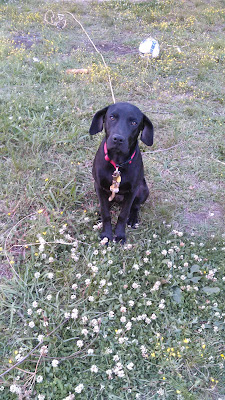 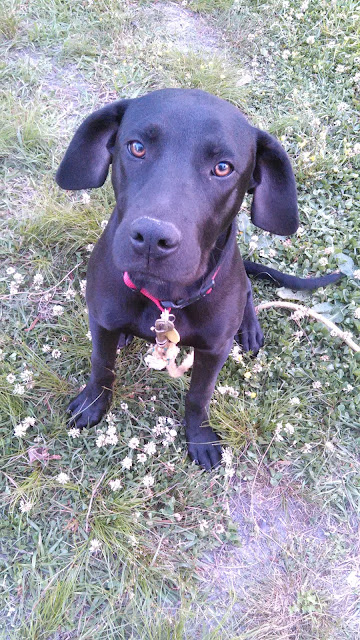 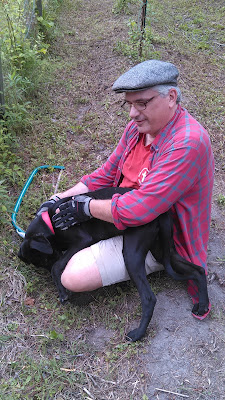 That pic was taken yesterday morning when Adam was cutting down the dead fruit trees in the orchard. 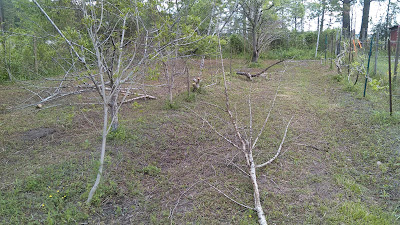 Now we have FOUR burn piles that we must get rid of, one some day when the wind is low and it's recently rained some but not too much.
Speaking of the orchard, the large apple tree is doing this: 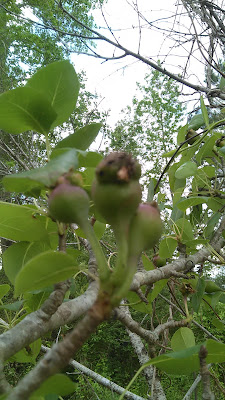 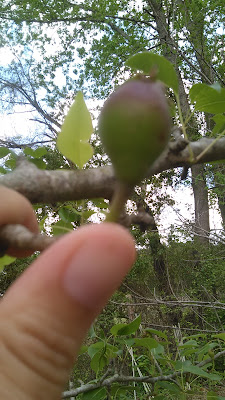 And the mysterious tree that we hope is a peach is doing this: 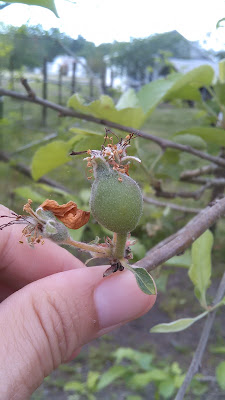