Bernie and the Girls

It was another banner day on the farm! Today we acquired our rooster. I considered what his name should be, and the first thing that popped into my head was Rooster Cogburn. (If you haven't seen that movie, you ought to.) So the rooster's name is Bernie. No political insinuations intended :) 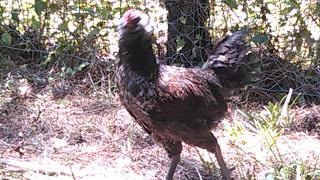 Bernie came from the same friend who gave us the hens. I'm so grateful to her! It's just a little bit more of my dream-come-true, and I know she understands that part. 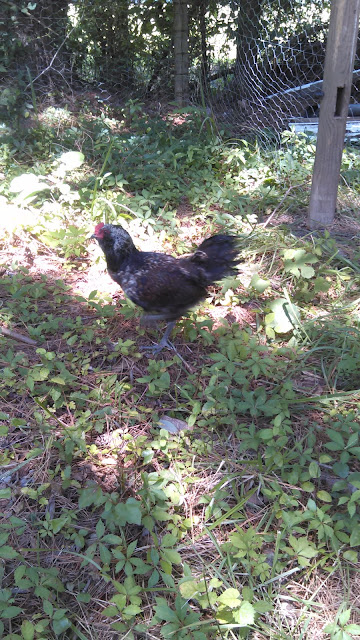 All five of them were together at the other farm, so they all know each other. He hopped right out of the crate when I set it in the chicken yard and ran over to his gals. They're doing fine together. 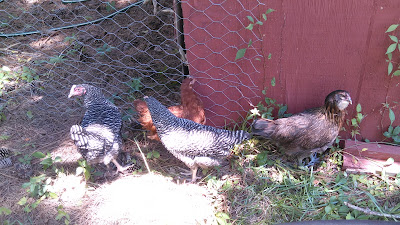 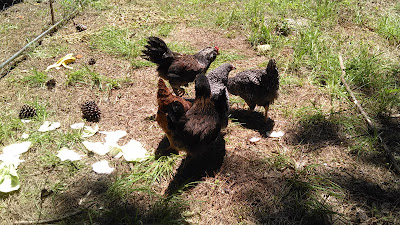 When I went out to check on them all a couple of hours ago, three of the hens had "flown the coop," as they say. All but Ruby had jumped the fence into the yard behind the barn. I scooped them up and threw them back over. Adam plans to add another panel of chicken wire on top of the one that's there. That part of the fence is a little lower than other parts. 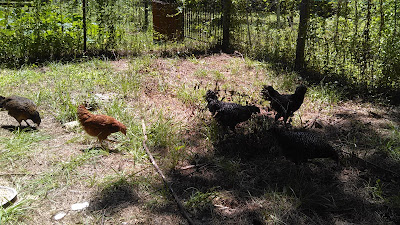 But as my friend told me, they won't go far. They were by the fence, trying to get back in their yard.
In other farm news:
Our first pickling cucumber arrived! It was hiding in there under the leaves, and I had no idea it was there. Adam wants to make pickles. 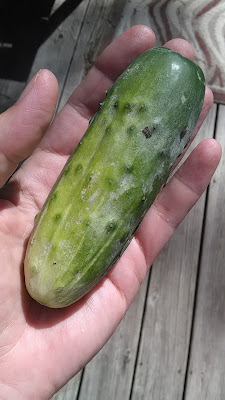 And broccoli is finally coming along. 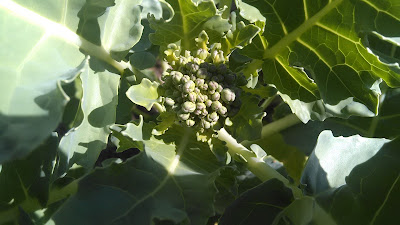 Each day we have a few more tomatoes ripen. These were from earlier this week. By Saturday I hope to have some to sell. 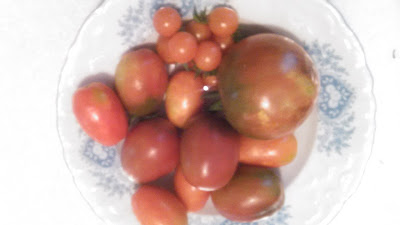 I used some to make this bruscetta on Monday -- sliced French bread, mozzarella, fresh tomatoes, and fresh basil, and a little drizzled olive oil, salt and pepper. 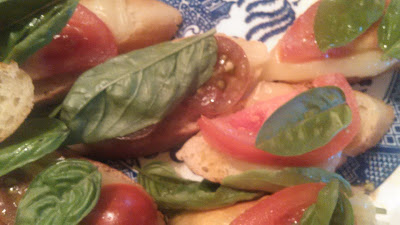