I've been meaning to show you the "new" shelves we put in the greenhouse. 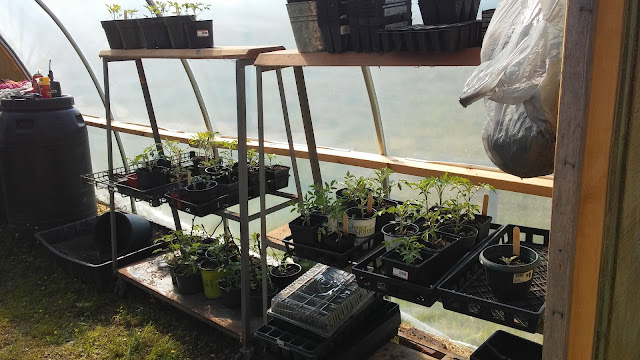 Aren't they grand? They were moldering away in the barn, doing nothing, and suddenly Adam remembered them and said, "Hey, would these be good in the greenhouse?" And I said, "Yeah, baby!" The shelves are on rollers. They hold pots and trays and lots of plants.
Before Adam attacked his right hand with a table saw, he brought home four old tires (our four old tires), cut them up and turned them into yard planters. He's made these before. 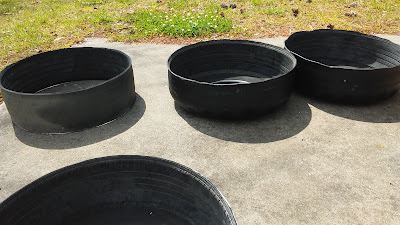 I painted them this color. 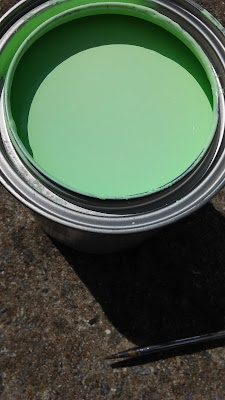 I'll put my lambs' ears in one, and a lavender in another. Some plants need significant drainage in our area. We are quite soggy. I've not grown lambs' ears nor lavender successfully yet.
Our peas are blooming now. 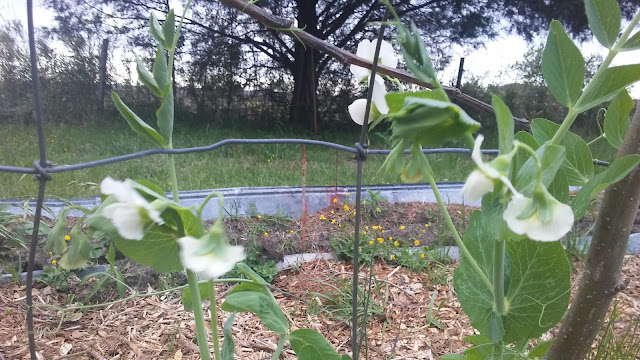 On hot, dry days the dogs lounge in the shade beneath the pine trees and bark at passing trucks. 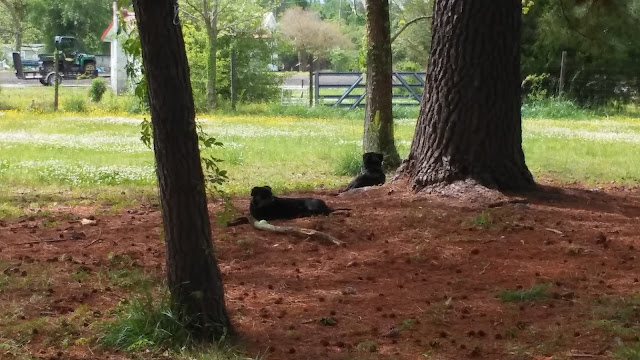 My smallish Ameracauna hen, Punkin, was looking quite bad on her back. Many, many feathers plucked out by an over-amorous Bernie, I'm sorry to say. She is his favorite, and I don't think that's a favorable thing! Yesterday was very rainy, and the chickens stayed in the coop, so I think she had a particularly bad day with Bernie :( Last night I looked at her back while she lay on the roost, and I thought, "I have to do something about that!"
This morning I nabbed her off the roost, to her alarm, and carried her back to the house. I sprayed her raw back with Blu-Coat, an antiseptic spray that also darkens the skin rather like spray paint. Then I set about sewing Miss Punkin her own Hen Saddle! Yes, hens do wear saddles in these situations.
I found a pattern online at this site. 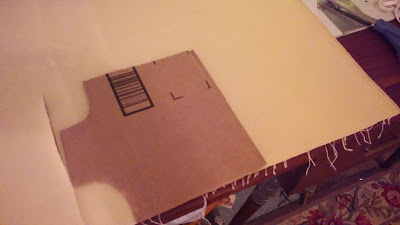 I cut a cardboard template and used some sturdy upholstery fabric. (I bought this fabric at the thrift store last year, and I can't tell you how many good uses I've put it to!) 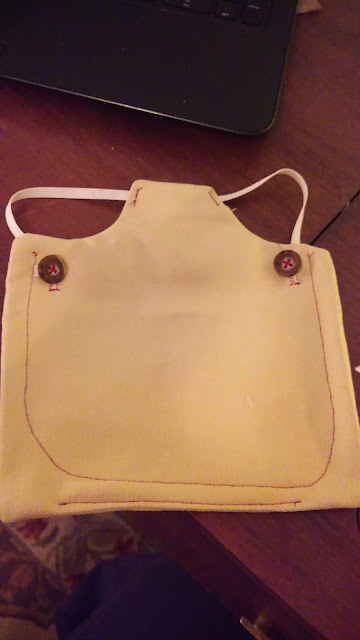 It turned out just fine. I used buttons instead of snaps.
I tried it on Punkin. She did not like being dressed up. 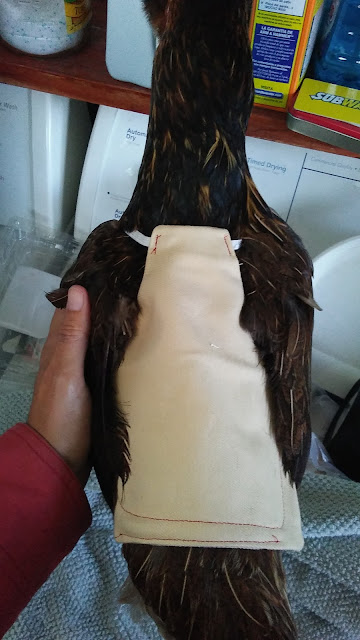 However, she's wearing it fine. I think it's not quite situated perfectly around her left wing, but she won't let me catch her (now that she's outside) to fix it. I'll do it tonight when she's on the roost. 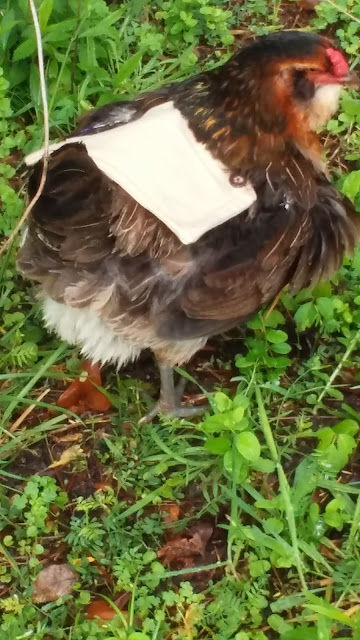 The other chickens did not like the fact that something was unusual about Punkin. They were cackling and chasing her, but later they settled down. A few minutes ago I heard a big ruckus at the chicken coop. I rushed back to see what the matter was. Punkin was sitting in the favorite laying spot; Ruby wanted to be there. Ruby and Bernie were squawking their opinions about it. So happily, all is back to normal, and Punkin's back is protected.
Do you remember when I posted about Cedar-Apple Rust? I can't find the post now. In the life cycle of the Cedar-Apple Rust Gall, we are now at this stage: 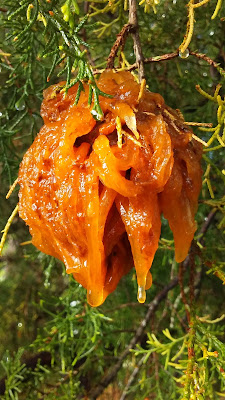 I guess our rainy weather makes them look even gloopier. The tree is rather heavily affected. 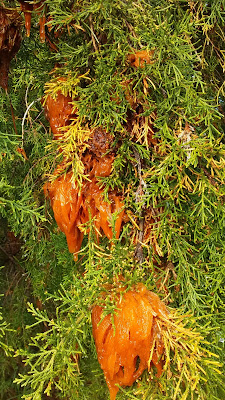 Have you ever seen this in a cedar tree? I never had. 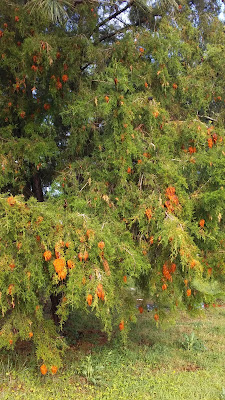 I must dash to work, but that's some of the adventures happening on the farm right now. See ya later!
Posted by M.K. at 10:19 AM