So Many Goings-On at the Farm! 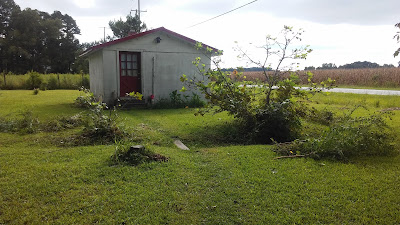 In front of this little building are two very neglected fig bushes. The one on the right had a big tree growing in the middle of it. That's been cut out: 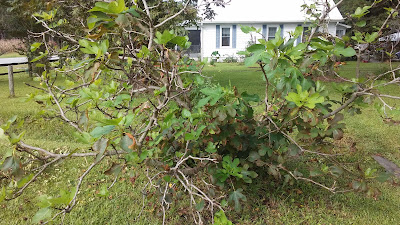 The one on the left was appalling, totally overgrown with thick vines. How was it even still alive? I rooted the vines out aggressively and cleared the area around the little bush. Hopefully next year I'll go a better job all through the summer. 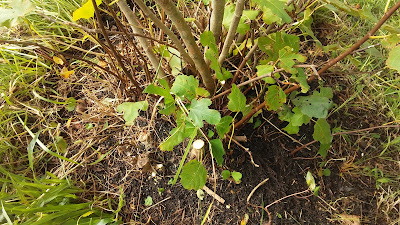 Here's a side-by-side shot of the older chickens in the orchard (on the right), and if you look carefully, the newer chickens on the left, back behind that building in their new yard. 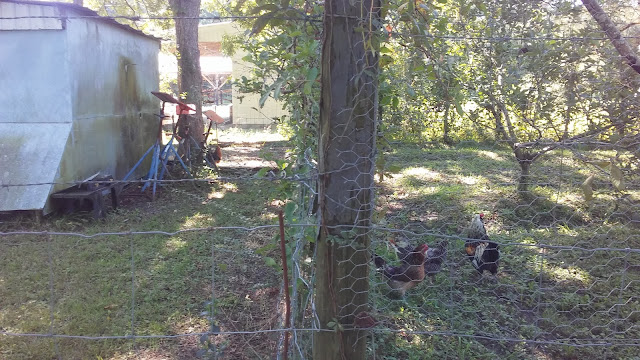 (Those funny-looking contraptions are boat stands.) The seven chickens know each other quite well now. They spend most of the day on either side of the fence, taking dust baths and cooing at each other. The new hens aren't laying yet, so I'm lucky to get two eggs per day. Usually only one. Punkin and Ethel are slowing down a bit. 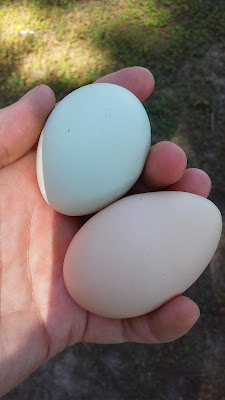 The pecan hulls are beginning to turn, in the trees. 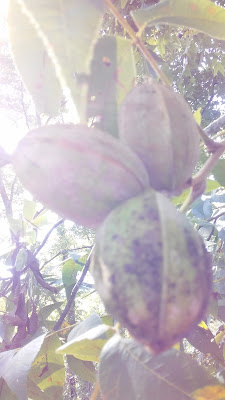 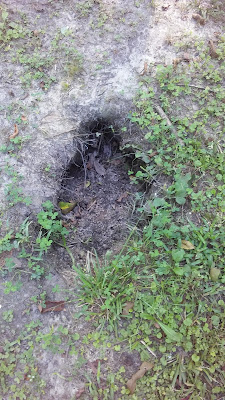 Baby and Ned both dig massive holes in the pasture. You could break a foot in them. We look down as we walk.
Adam's latest plan for willow trees is off and running! Here's our "mother willow tree," a pitiful, fallen-over plant, but with lots of new, soft branches. 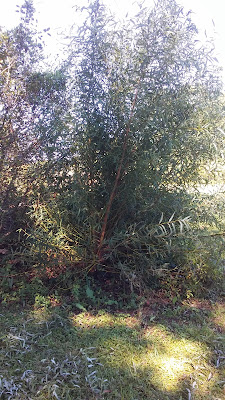 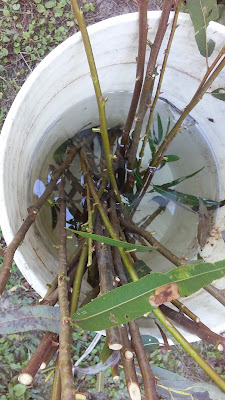 Adam cuts them and soaks them in water until they sprout new root buds and some new leaves. This week he dug small holes (which had water in them, it's been so wet) and put them in the soil. 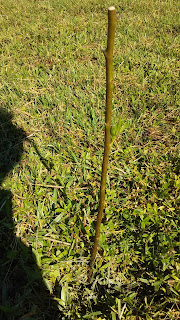 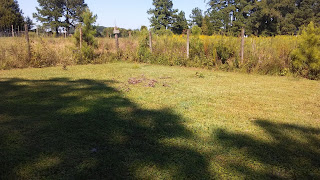 This is the wet corner where he's planting willow trees. 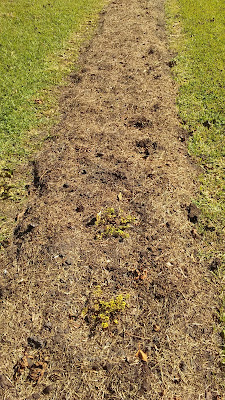 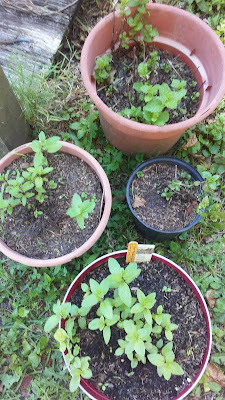 I've put two marjoram plants into my new tea bed. And I have four pots of spindly mint.
My lambs' ears are very bedraggled but still alive after the rains. 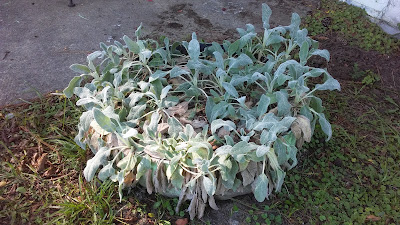 I still have one tomato plant with pretty cherry tomatoes! 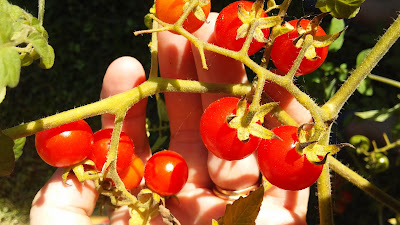 And from one of those fig bushes, two deep purple figs. 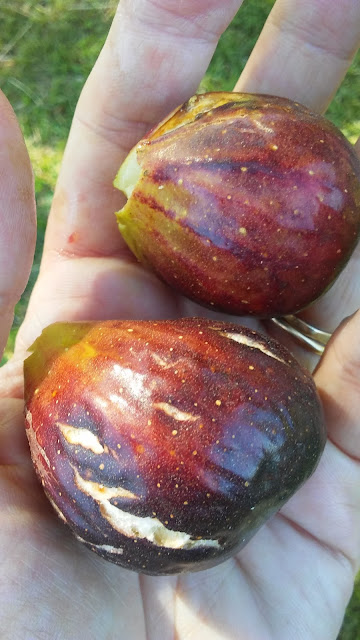 Here's my first loofah! I worried that I would not get any, then just one or two. Now? I counted yesterday, and I have at least 24 loofahs on the vine, and probably more coming. I suppose they come on later in the year? 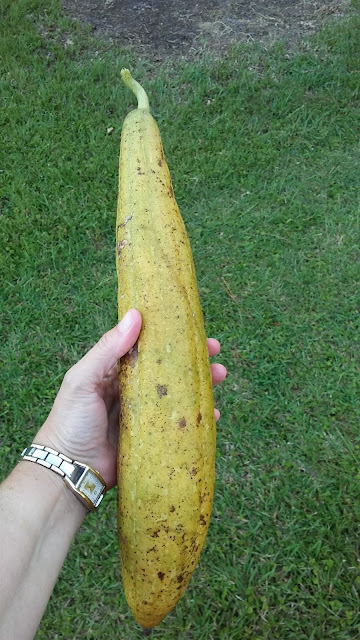 It's lovely weather for drying Adam's t-shirts on the line. 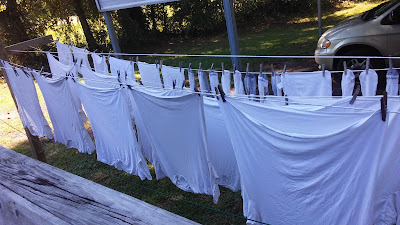 Here's what's on the loom: 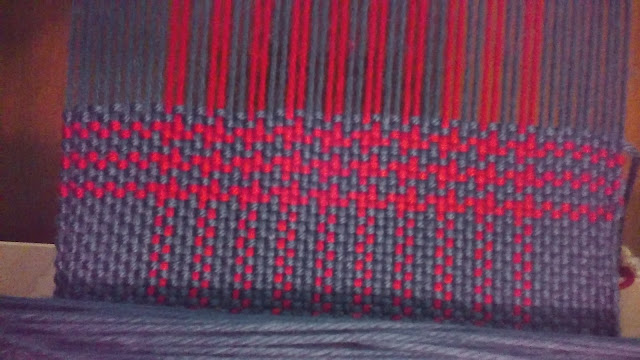 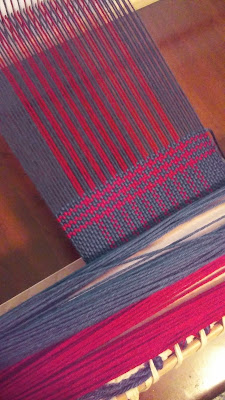 I bought a pumpkin at WalMart. I always do, each autumn. I'd love 50 pumpkins, all growing out in the field, and maybe some year we'll have success that way. But I must have at least one. 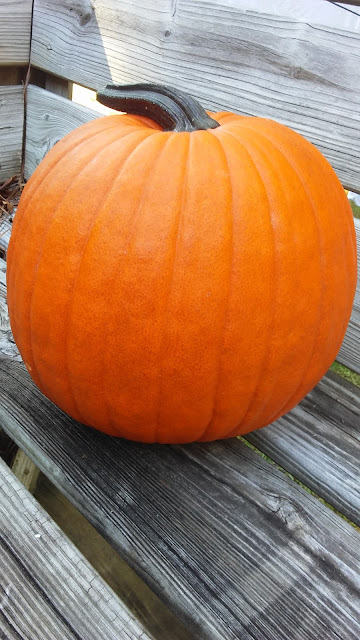 And I painted it, for my Autumn Journal. 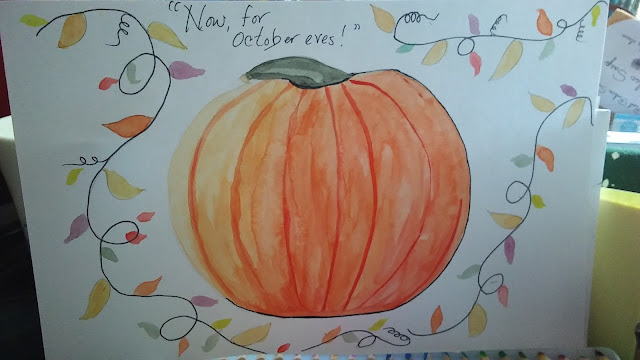 In addition, in the garden we have:
Sweet potatoes, looking lovely and blooming still, to be dug up in the month
White potatoes, not as prolific as we'd hoped, but new ones popping up
Asparagus, which we'll leave alone for now, quite healthy
Loofahs abundant, from which I'll save seeds
Lots of lovely kale
Some mixed greens, plus collards that aren't up yet
Peas, which we hope will come along soon
Garlic (5 heads divided) beginning to come up
About 75 onion sets, I think, just put into 2 beds
Blue Lake bush beans, just about ready to bloom

I'm pleased with our fall garden this year. I didn't know how much you could still grow in autumn, in the South!
Posted by M.K. at 4:43 PM