The End of the Snake Story

Before I launch into scary stories, here are some cool things I picked up at the local thrift store on Monday. I go on Mondays because that's when they put out new items. A large doggie carrier! 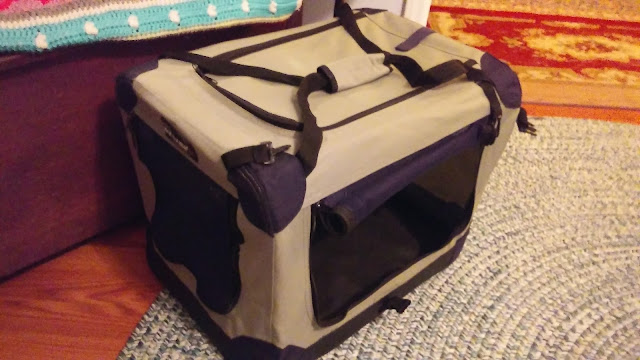 This one is collapsible, and brand new it sold for about $100. It had a rip in one of the mesh windows, which I sewed up when I got home. See the repair? 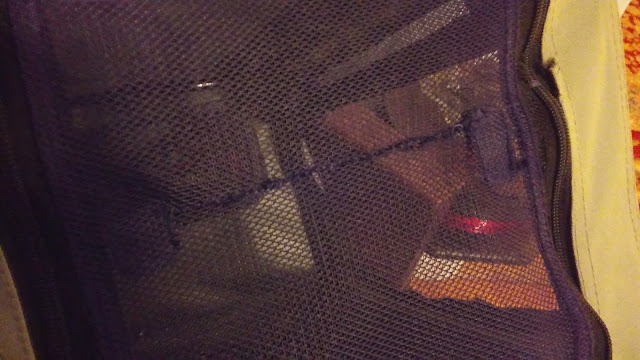 The second item I found was this little crock -- well, not so little. It holds well over a quart, I think, and it has a tight seal. $4. 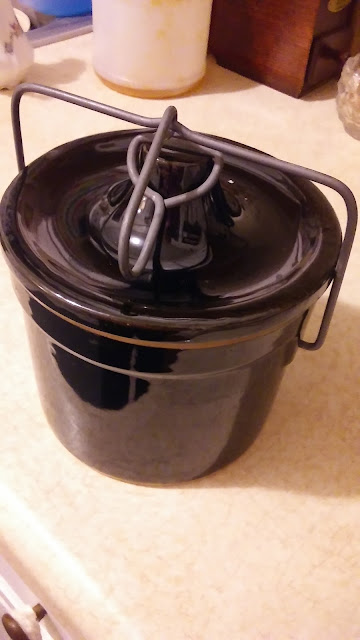 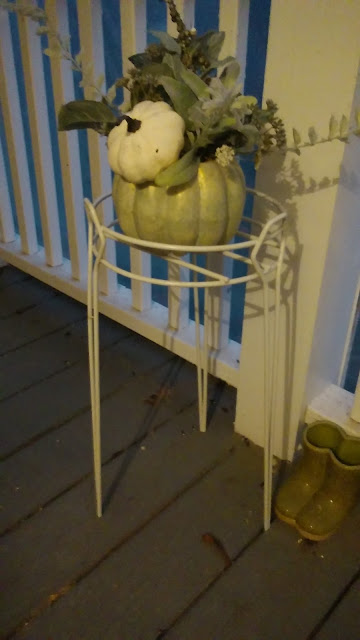 Alright, on to the snake. I went in the coop later and found that he'd left! Yay! I took my foamy spray and proceeded to close up all the holes I could find. The inside of the coop now has big growths of yellow foam, especially in that snakey corner. Out of curiosity, I decided to look around the back of the barn and see if he was back there .... He was. (See some of the foam from inside the coop, below?) 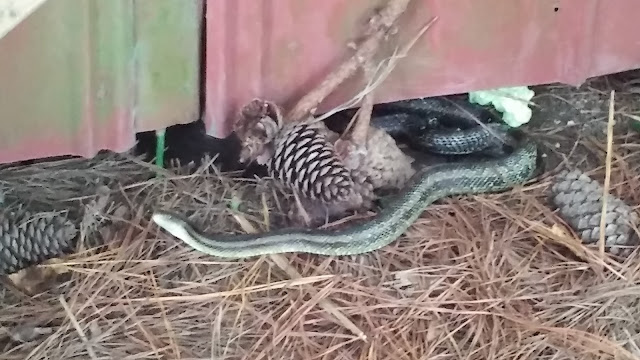 He's a good sized rat snake, I think. Probably about three feet long.
Well, I went to look, didn't scare him this time, used my zoom (of course). The dogs came back there with me. But since Ned had been horrible at finding him in the coop, I didn't there was a chance he'd find him now. Well, I was wrong. Ned did notice him, and once Ned notices a snake, there's simply no getting him away from the snake until the snake says, "Uncle!" I hollered and screamed at Ned to come away. Snakey was reared up, curved up like a mountain road, mouth agape. It tried to strike Ned, but honestly -- that dog has a real skill with snakes. I finally screamed at Ned until he left with me and went around the front of the barn. The snake had spat something at him (not sure what). It was on his collar, kind of yellow, and Baby HAD to sniff it. 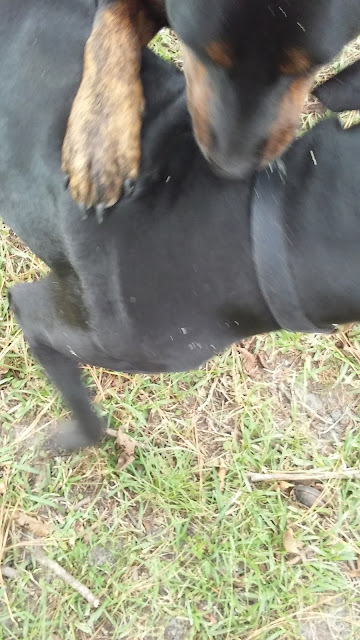 I was relieved Ned had left the snake. I began walking back to the house. Then Ned turned around. I don't know if he suddenly remembered, or if his ears (so acute) heard that snake rustling around. But he dashed back around to the rear of the barn. I watched from afar. Poor Snakey. Ned finally got it in his mouth, and then he violently shakes his big dog head back and forth, stunning the snake, and then he throws it on the ground. And he barks really big. Then he picks the stunned snake up and slaps it around again. He repeats this until the snake is immobile, and usually has some serious doggie teeth marks in him. 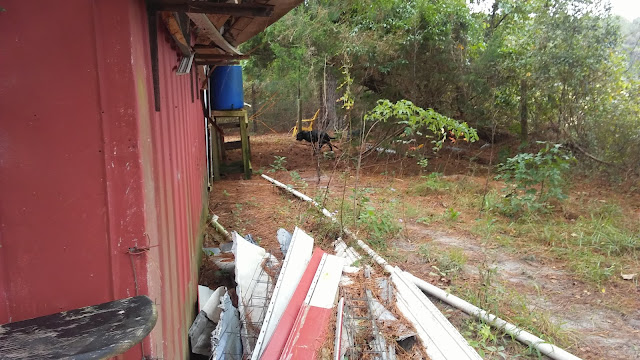 It's ridiculous, but in the end I feel rather sorry for the snakes, although Ned has gotten a raw end of the deal a couple times, being bitten himself. This time he at last brought the snake out to show me, laying it on Adam's compost pile. 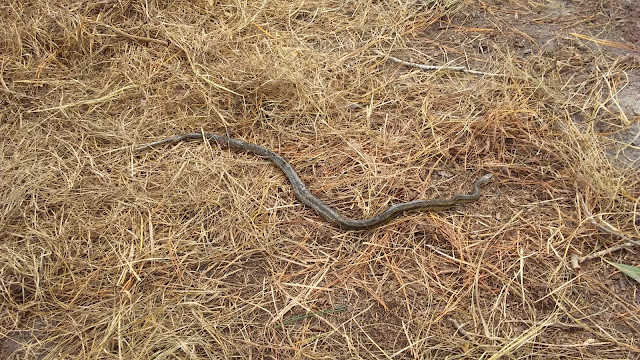 I thought at first he was dead. He had two good bites out of his rear area. I really didn't want the dogs to continue to mangle it and carry it around the pasture, leaving it for me to step on later. Thinking it was probably dead, I lifted it gingerly with a hoe (again, the hoe came in handy!). Then it did move a bit, but I knew it was no danger to me. I threw it over the back fence, which is where we throw all snakes. It hung over a big branch, and lay there, limp. A few hours I went back to see if it still hung there ... and it did not. It had slithered away. So, who won? Ned? The snake? I think it might be a draw this time. I hope he does NOT come back for round two!!

I gathered some rose pedals from our Knock-Out roses out front by the road, and put them in a bowl. They smell lovely. 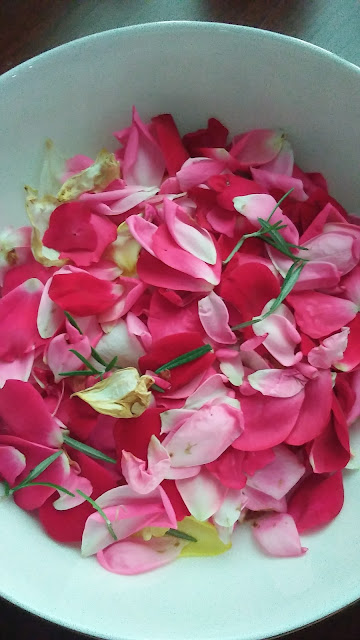 Good-bye for now, dears! Watch out for snakes!