We live in a rural, agricultural area. Driving from Bayboro to Oriental we pass many huge farm fields. They mostly alternate between corn and beans. This is "big-ag," not small farming. So I'm used to fields that look like this: 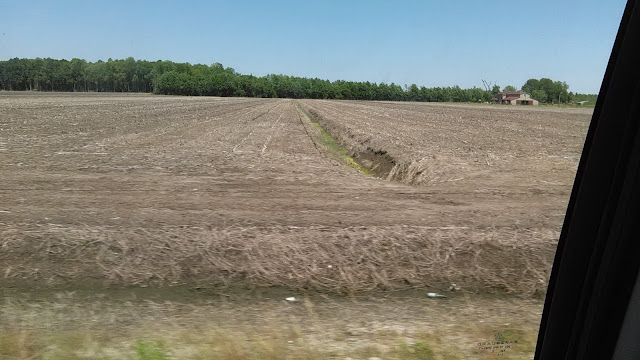 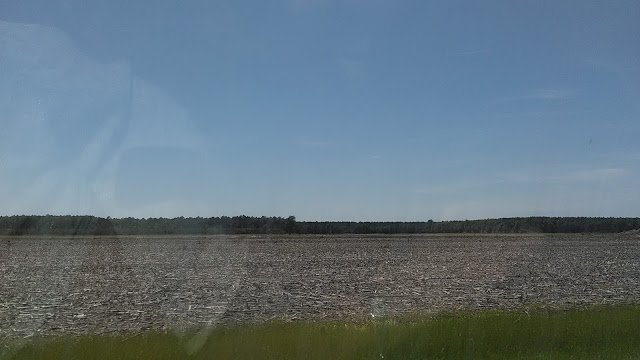 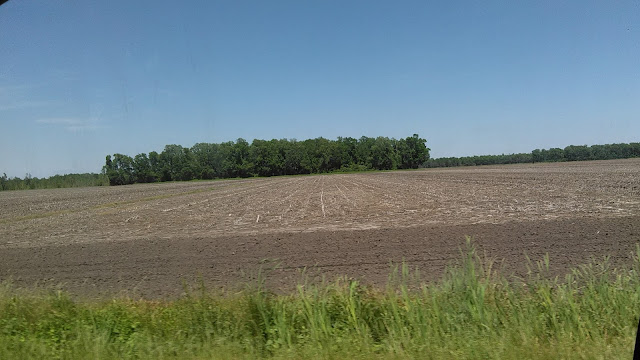 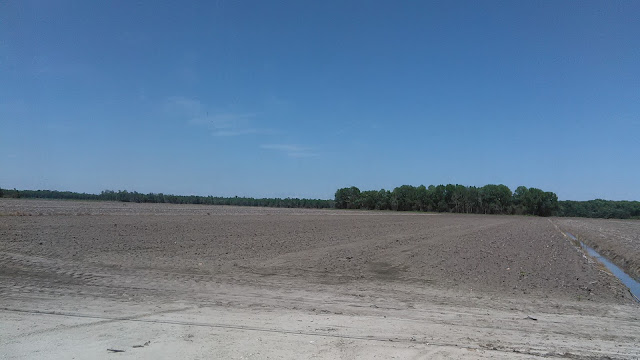 Nice brown farm fields. The space between two ditches is called a "cut." The ditches provide drainage in an area with heavy rains quite near sea level.
But look at those photos, especially the first three where you see the stubby corn stalks from last fall/winter. Nothing has been done to those fields since then. They've been sitting untouched since late fall.
I ask you this: If you had done nothing to your front yard for 6 months (even if you started with bare dirt), what would it look like? Maybe a bit like this? 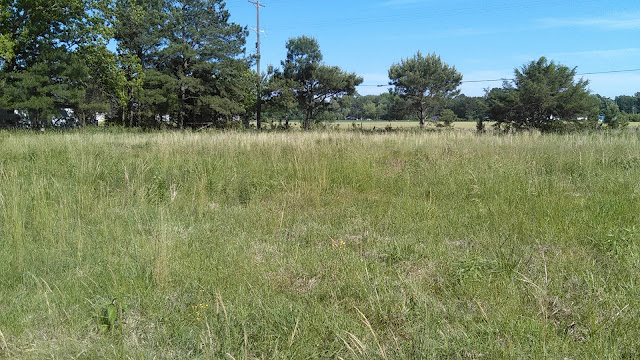 Yeah -- full of weeds and grasses, knee-high. This was bush-hogged last August and not touched since. When you don't touch good soil, grasses grow in it. It's weedy. But it's alive.
It's May 15. Those brown fields, if they were alive, wouldn't look like that. They'd be covered in weeds and grass. Something would be growing there, since no new crop has been planted this spring. Why is nothing -- absolutely nothing -- growing in those fields? Because the soil is dead. It has been so damaged by years and years of herbicides (to prevent weed growth) that now nothing can grow in that soil except genetically modified grains designed to withstand those herbicides.

We're killing our soil, hundreds and thousands of acres at a time.

After lying fallow for a year, those fields might have a scattering of stubby weeds and lots of brown areas still. After two years, a short layer of clumpy weeds will grow. Two years! And only the toughest of weeds will grow then. It's useless for real gardening or farming -- for growing the cucumbers and tomatoes and corn and peas that we want to flourish in our soil.

I'd never thought of this when driving by those miles of brown fields each year.  They are so dead. As we eat each day and consider where our food comes from, we should remember that our eating habits today are often killing our soil for tomorrow.
Posted by M.K. at 5:08 AM

Email ThisBlogThis!Share to TwitterShare to FacebookShare to Pinterest
Labels: stewardship of the land