First, peas. They are fading. These are the English peas, which we've enjoyed so much. 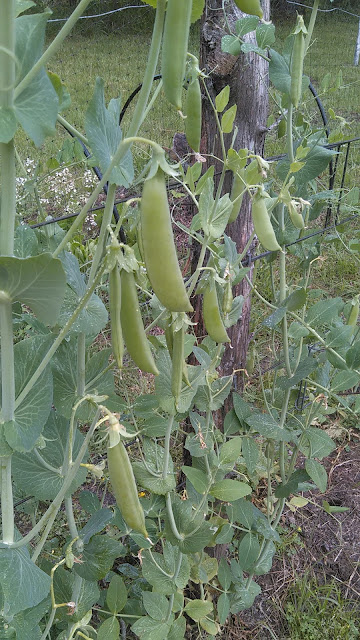 We've decided that next year, we want LOTS more of these. They are sweet to eat right off the plant, excellent cooked, and easy to preserve by freezing. The sugar snaps, on the other hand, are okay to eat fresh, but are awful when cooked, and cannot be frozen. We want very few of them next year.
Second, tomatoes. This morning, these ten plants were all I had left in the greenhouse! And a spindly lot they were. 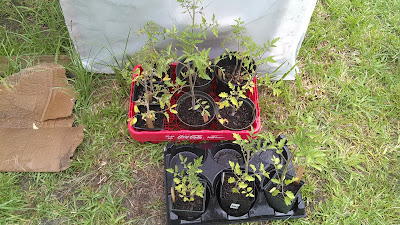 I had 65 plants in the two long beds, about another dozen in cages, and then I put a handful in two of the compost beds. I just dug out a little hole and plopped them in. They won't get much sun there, but the soil can't be beat! See them in there, mingling with a random gourd plant? 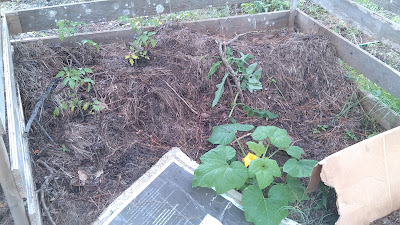 Here are more in another compost bin also occupied by some happy onions. 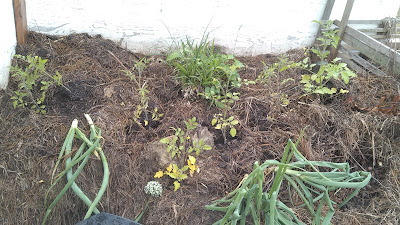 But I still had homeless tomatoes. So Adam dug some holes along the orchard fence. There's sun, but the soil was utterly unamended. Ah well. Twenty-two plants went in there: 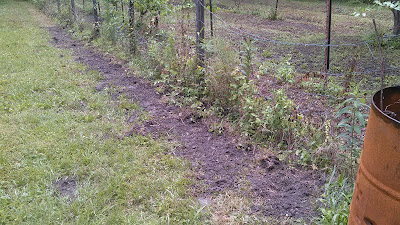 I'm not quite sure, but I think that got me up to about 111 tomato plants in dirt.
But I still had those ten plants left. I stuck them in random spots on the back of the pea trellises where the peas are starting to fade. That makes 121 plants ... I think. We will be swimming in tomatoes.
Speaking of random gourd plants, three sprang up right on top of the dead puppies' graves. 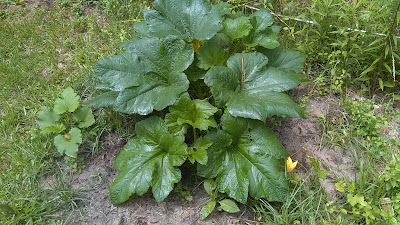 Look at that! This is so appropriate because Sandy and Maggie loved playing with those small gourds that I brought back from my brother's farm. They played with them like balls until they fell apart, and the seeds inside were strewn about the pasture. Three were left in the soil of their graves by them, before they ever died.
The tomatoes in the second bed are looking so good. The Matt's Wild Cherry plants are just spreading out and so healthy with lot of fruit. 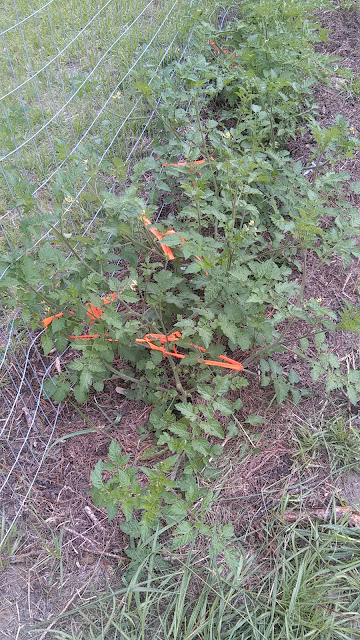 This is a terrible photo of its fruit, but it's so pretty. 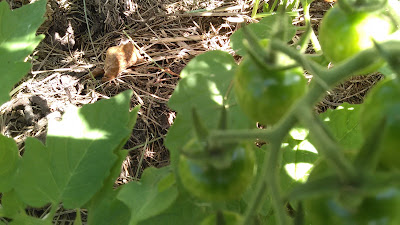 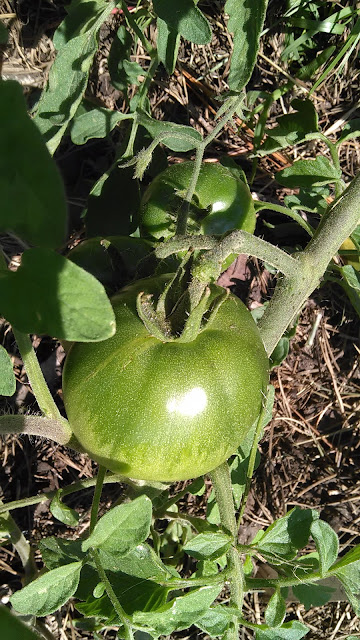 One of the Blue Lake beans is sending out runner shoots. Adam will put up strings for it to grab a hold. 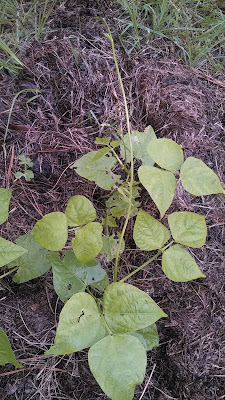 The scuppernong grapes are growing like crazy, and I have found a few teeny-weeny clusters of grapes on there. So cute! 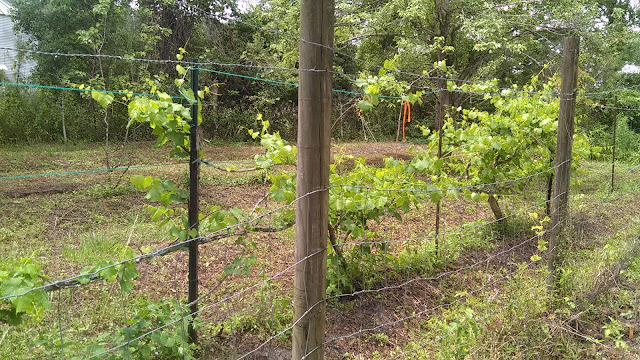 Regarding the orchard, we've been studying those trees, wondering what type they are. You can examine bark and peer at leaves, but sometimes you just have to wait for the fruit, to figure out what something is. People can be that way too.
Well, this big tree, which we thought was an apple, is probably a pear. 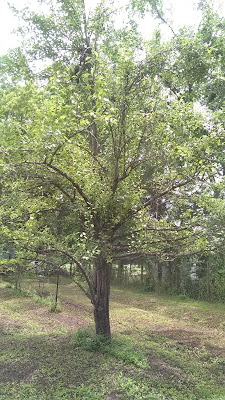 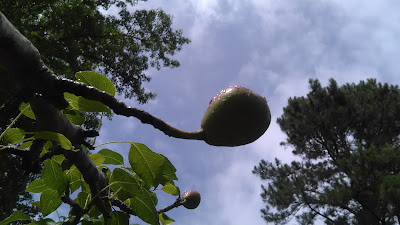 And the tree we were so hoping was a peach because of how it was pruned? It's definitely an apple. 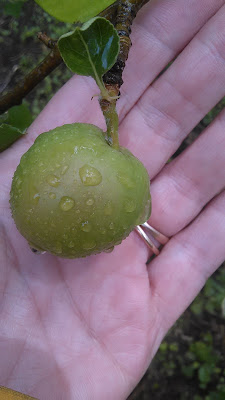 Otherwise, my most mature Cherry Chocolate tomato has great fruit. Soon it will be ripening. The corn is well up, about 8" tall. I've put both pumpkin type seedlings into their mounds. I put the cayenne pepper seedlings into the same bed as the garlic and lettuce. The final sweet pepper seedlings went right next to the larger plants. Three elephant ear plants joined other shady plants in the large shade bed on the west side of the house.

The greenhouse is now empty. Praise the Lord.
Posted by M.K. at 6:11 PM