Many packets of tomato seeds came in the mail last week. Adam's been planting some of them in little pots. They're being nursed along under grow lights in the barn office, up on shelves. 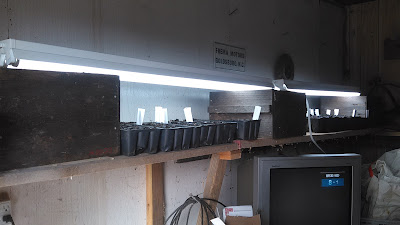 The worms are doing well. Yesterday we gave them the rotting pumpkin from Halloween. Adam's philosophy of worms is similar to his philosophy of bees: don't bother them much and they'll do better. 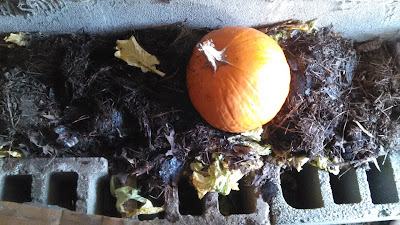 But I did get him to uncover a few for you to see. They're called Red Wigglers. 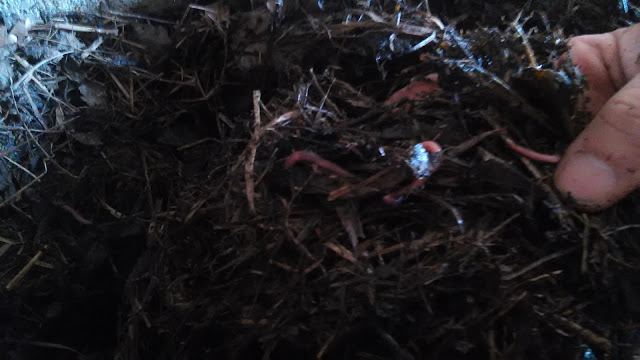 The potatoes suffered a little in our cold, windy weather. (Thankfully, the greenhouse stayed intact!) After this experiment, I think we'll go back to growing them in bins full of compost. 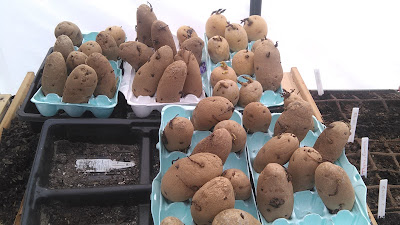 Some of the eye sprouts got zapped. 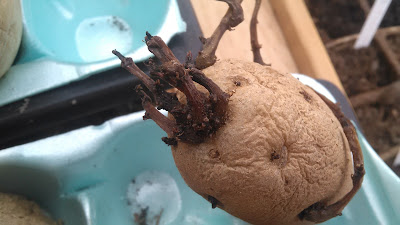 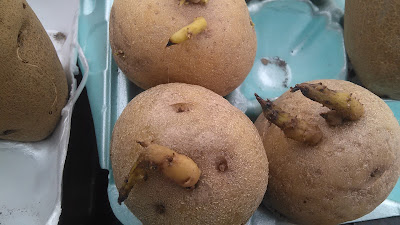 Some of the wax beans that had sprouted also got nipped, but only a few. 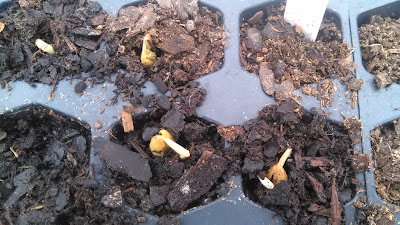 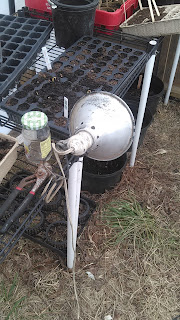 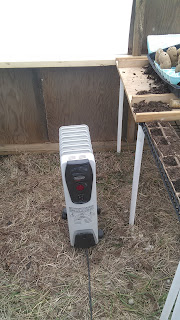 Adam put a light and then a heater in the greenhouse to keep things a little warmer.


However, the broccoli is doing very well! 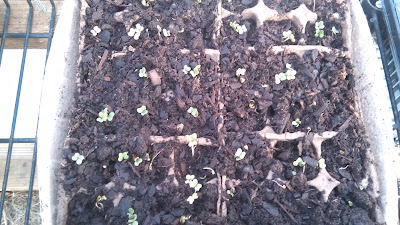 And the cilantro is up! 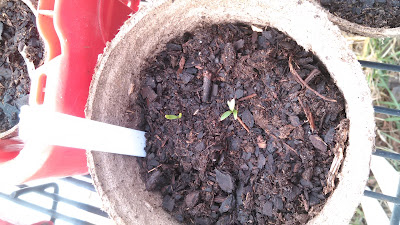 And the garlic is so high and big that the greenhouse is aromatic with it. 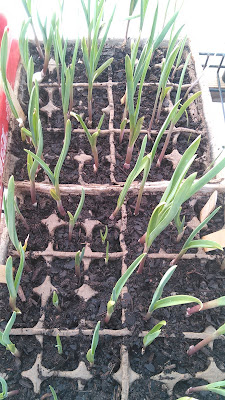 We also have one Juliet tomato, a lot of dill, thyme, and many pearl onions that are showing through the soil. Spring is on its way!
Posted by M.K. at 5:17 AM