The Junk Lying Around

I mentioned that Adam ripped out some fencing to use on the pea trellis. He did that in two places. As we were meandering around the barn area the yesterday, we found quite a few objects that Mr. M. (our previous owner) had left. An old farm, even a small one, often has so much junk lying around.
For instance, when we looked into the back storage room of the barn ... 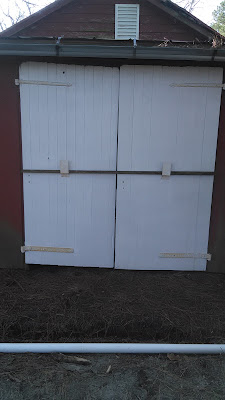 ... we found an old trouble light, 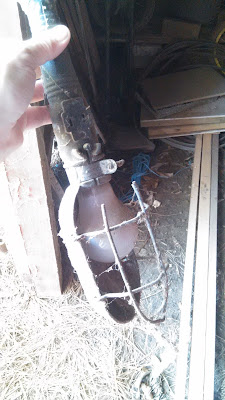 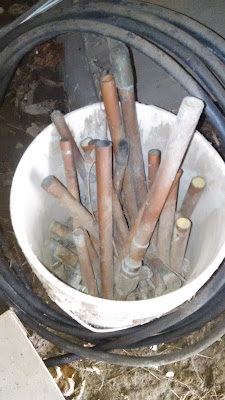 a wooden wheel, (Mr. M. made lots of water wheels; we think he had a water-carrying system in the works.) 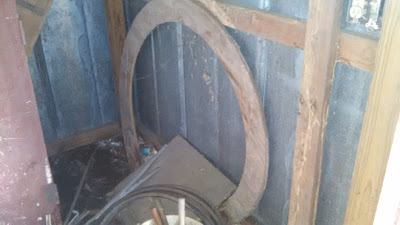 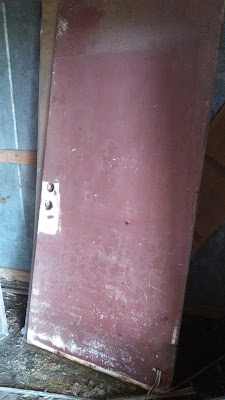 a whole roll of chicken wire Adam didn't realize was there (!!!), 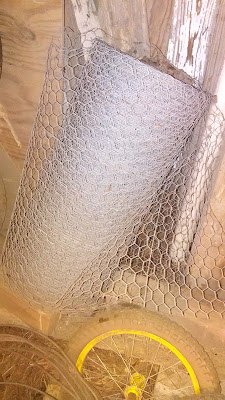 ... and last but not least, 25 feet of garden hose that Mr. M. had buried just underground, running it from his watering barrels to the orchard. That will come in handy. 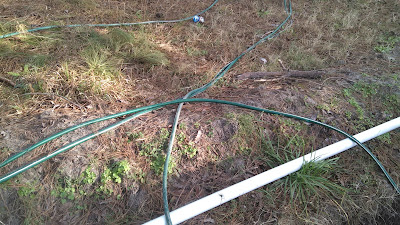 We're still contemplating chickens. Here's their coop area, a part of the barn: 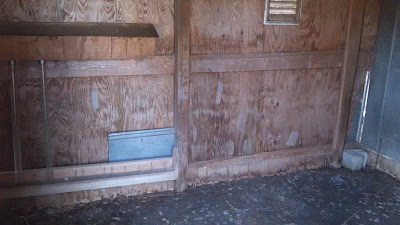 It needs lots of cleaning and tightening. The manure needs to be removed.
It opens onto this little lot where one of the removed fences used to be. It's a good size for a chicken yard. 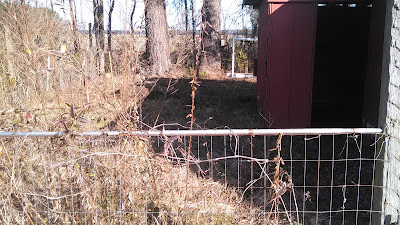 We view any farm plan as a basis for change :) Until the chickens arrive, things may change. Adam wants to grow sunflowers this year as part of our chickens' food, and wait to buy chickens next year. But then again ... that might change!
Well! That was all written several days ago! Since then I've been battling respiratory flu, and just this afternoon Adam has succumbed to the stomach flu (ugh!). Before that descent, he did a little work at the greenhouse: 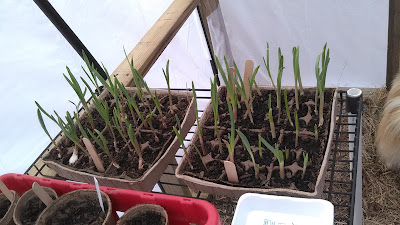 Above, the garlic is WAY up!
And can you see the tiny dill sprouts coming along? 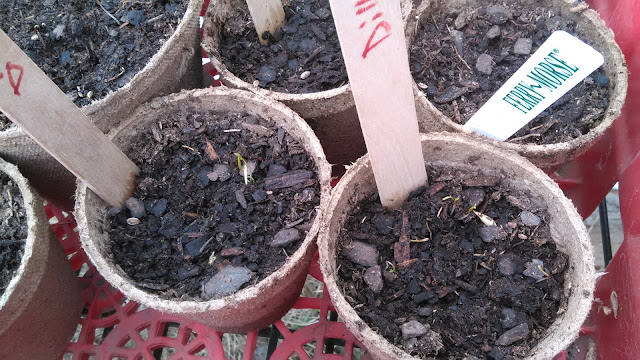 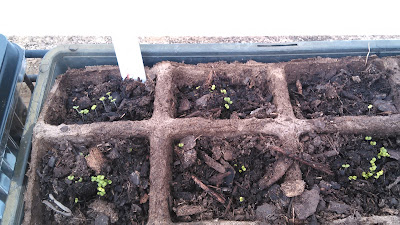 The golden wax beans are popping their heads up as well -- 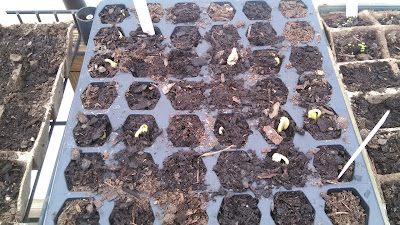 Hmm ... what is this below? I can't remember. But it's sprouting also! 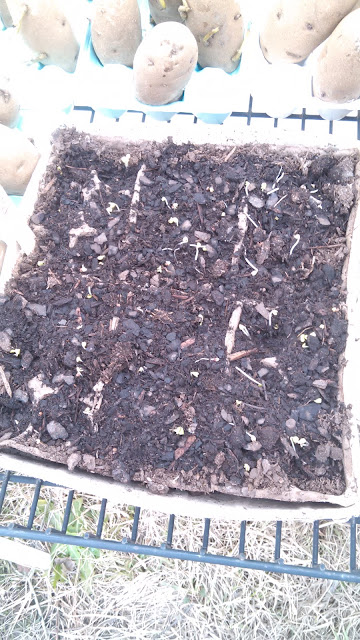 Today Adam built a potato bin. As you see, his plans are always developing. The wire is stapled to the posts, and it can be unwrapped easily. We'll fill the bin with compost (and sprouted potatoes), and line the sides with cardboard to keep out the sunlight. 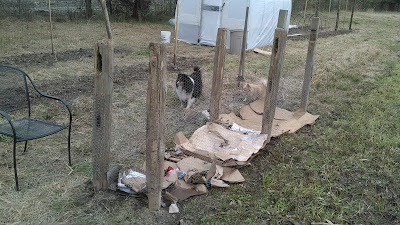 We had such stormy weather this past week -- gale winds and all. Adam took the plastic off of the greenhouse, and we moved the plants elsewhere. In spite of more forecasts of strong winds, he put the plastic back on. We cannot be dressing and undressing the greenhouse with every strong wind. But he did reinforce -- 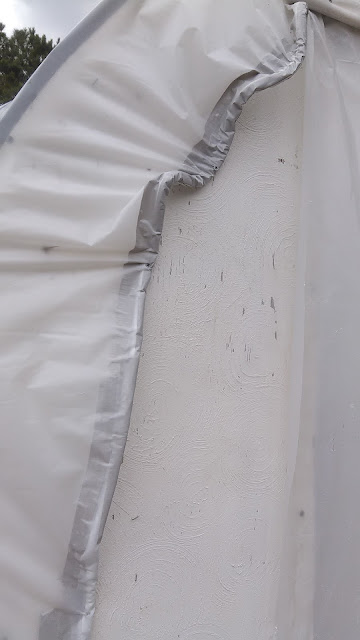 On the back edges he put rope into the plastic edge, along with duct tape, to strengthen it.
And he attached the plastic better along the bottom. 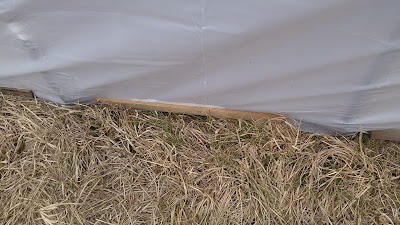 It was just stapled, but now it's screwed into strips of wood to spread out the tension when the wind hits.
But no more of that! Now we're both inside on the couch, recovering.
Posted by M.K. at 2:51 PM