My Husband Is an Onion 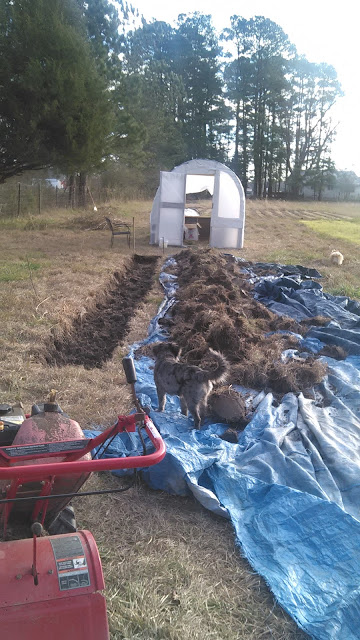 He hauled more compost to mix in. See Maggie in the floorboard? She loves to ride in the truck. She prefers the bed though. 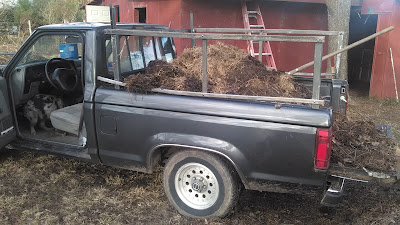 This morning we did this: 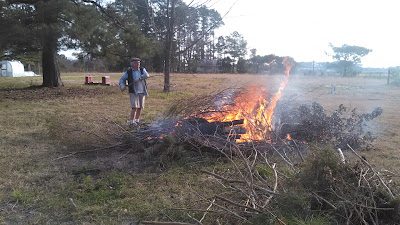 We had several big piles of trimmed branches and cuttings from the orchard and elsewhere. Adam got a burn permit. And lest you think he does all the grunt work and I do all the dainty work, I'll have you know that I tended the fire and he potted new seeds in the greenhouse. I love tending a burn pile.
Sandy's always standing hopefully next to a ball or a stick or a pine cone. Her eyes say, Please throw it!! 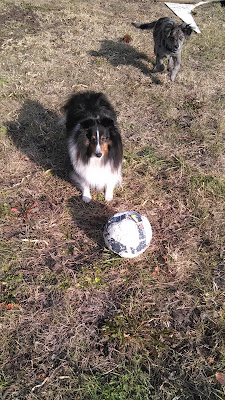 The fire was nearly done .. 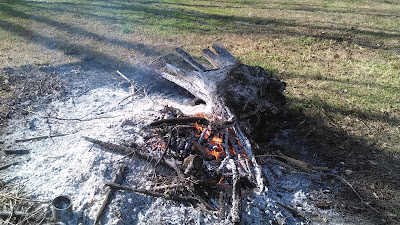 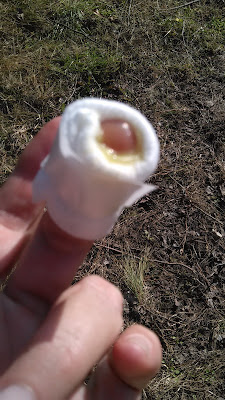 I dashed immediately inside and smothered it with my "green goo" -- homemade plantain salve -- and wrapped it up. It feels better already.
Adam's worms are in the mail, so he's preparing a place for them: dark, moist, protected, in the barn bay next to the "office." 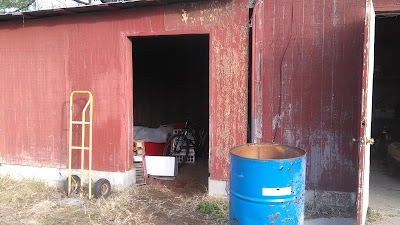 A few cement blocks, a bit of soil and compost ~ 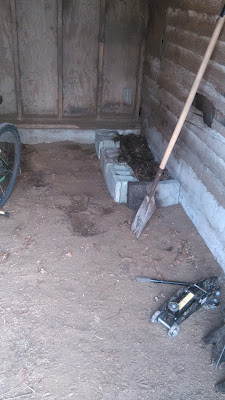 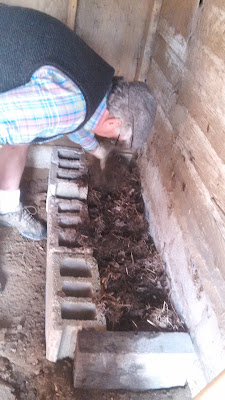 Back in the greenhouse, Adam  started squash and gourds. 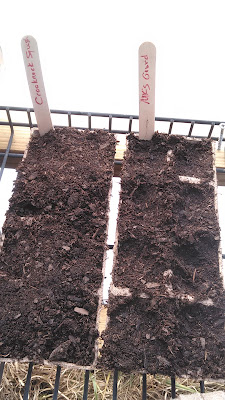 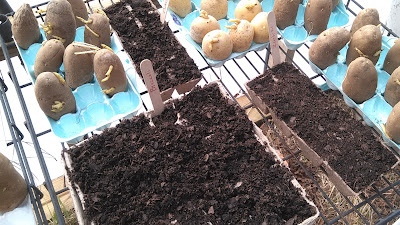 And some cantaloupe. Adam loves cantaloupe, and even though we've only once ever grown a successful delicious cantaloupe, he still wants to try. This variety is "Heart of Gold." 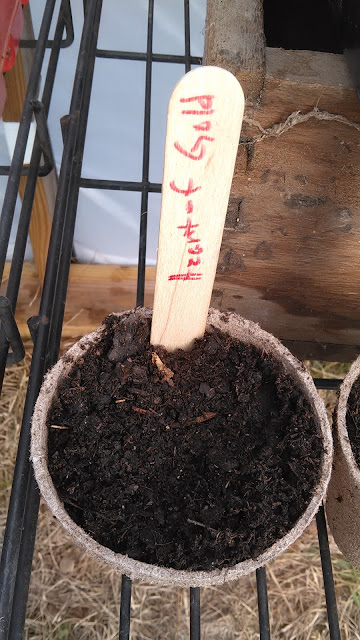 He wrote out the name, but realized he didn't want to write all that on a dozen sticks. So ... 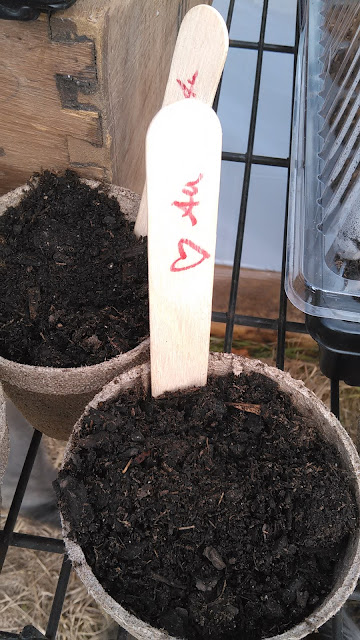 I thought that was rather adorable. And I'll tell you, that's a part of what I love about my husband -- he is complex. If you peel away the farmer, there's a scientist. If you peel away the scientist there's a chess player, and under that you'll find an astronomer, and beneath that layer is the mathematician. Peeling back that layer, you'll find the theologian. And there are a few other layers I won't mention. He is not a simple man, and I've found him fascinating these many years. Right now, we're enjoying the farmer layer.
Posted by M.K. at 9:50 AM