For the last week we've been working in the orchard. I enjoy pruning trees. I like using my clippers; I dislike using the loppers; I detest trying to use a saw. Here's the view looking along the Scuppernong grapevines. Adam has them pretty much cleared out. 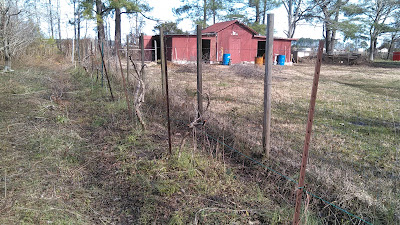 Here are two of the first espaliered apple trees I pruned. 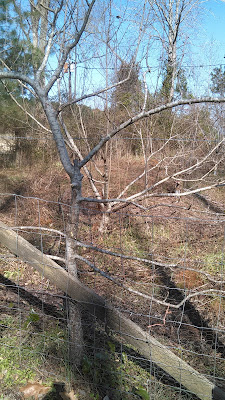 As you can see, they've been neglected a long time and their form has suffered 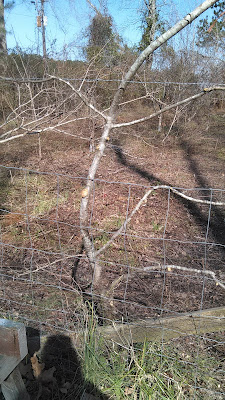 I worked a couple of hours today on this line of trees again. So many were strangled in vines -- grapevine, poison ivy, Virginia creeper, honeysuckle, and others whose names I don't know. One of the apple trees was dead. 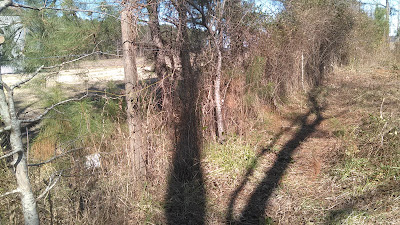 This one looks a bit better: 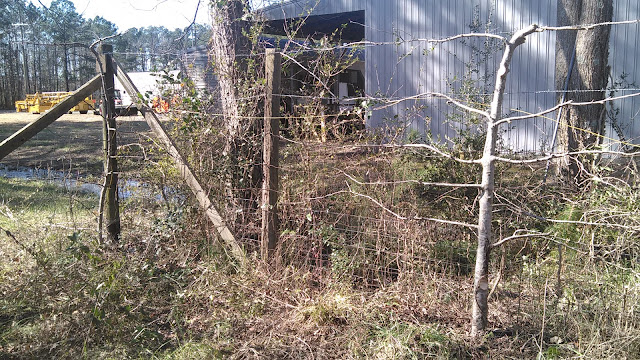 I'll give you a before-and-after series:
This tree was pathetically overgrown and wrapped in vines. It had been trained initially along the fence but then allowed to grow untended for years. 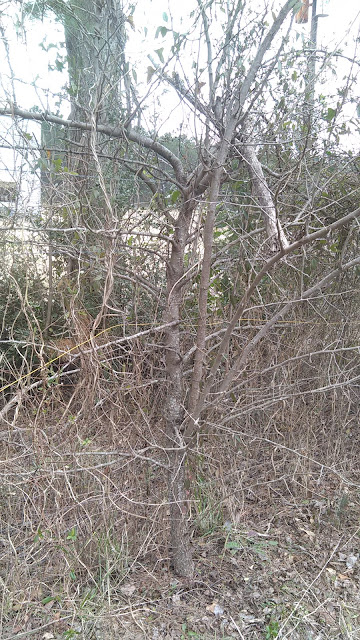 The trunk, instead of having a primary leader, has crossed competition from multiple branches -- water sprouts that shot up and suck energy from the tree. 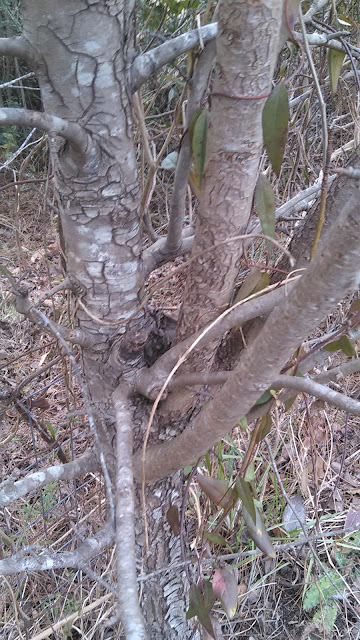 There was even a big dead branch from another tree, hung up in its branches! 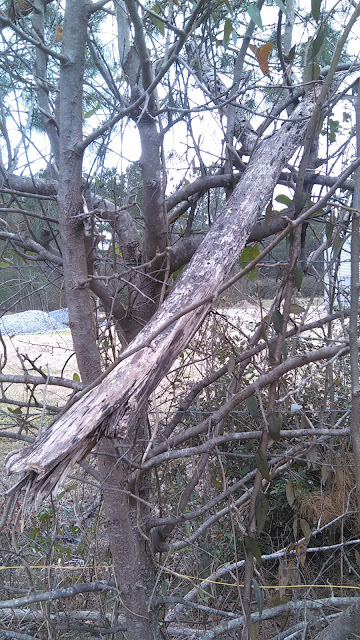 However, examination of its tip ends showed me that beautiful buds were still there - the tree was alive.

After significant pruning and clearing out, she looks like this:
Before and after: 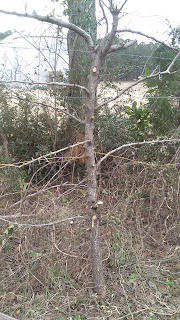 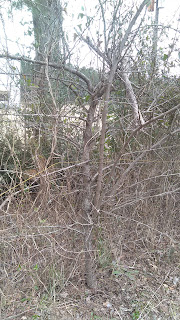 I enjoy this kind of work very much.  I find it relaxing and rewarding. I feel I am rescuing the trees from the grips of despair and death! I like to think that this is redemptive work -- intervening in a desperate situation, removing the evil, keeping the living, nurturing and helping it toward productivity. And even if the trees don't survive, at least it's good exercise!
Posted by M.K. at 5:47 PM

Email ThisBlogThis!Share to TwitterShare to FacebookShare to Pinterest
Labels: orchard