Up-On-A-Roof and other Scary Sights

Adam had his head in the clouds Monday afternoon. 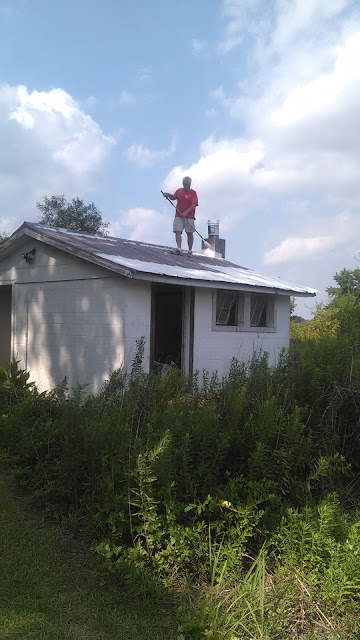 After wrangling with the out-building floor and ceiling for a few days, he decided he needed a distraction, and worked on the roof instead.
He used a product to seal the gaps where the water was blowing in when the wind was from the wrong quarter. One long strip of metal roofing runs along the ridgeline from front to back. Its edge was curled up in some places, and that's where the rain would blow in. 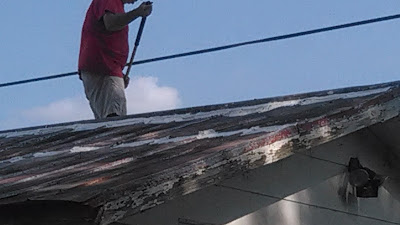 I couldn't stay outside when he was up on that metal roof ... so back inside, I was gradually shelving books in the office. And the first piece of our furniture went into the house!!! A rickety bookshelf - haha :) 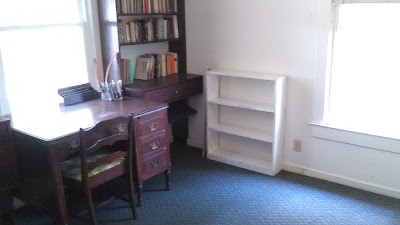 Now this is cool, for those of us who know nothing about being a contractor. Lookit what he does with a 5-gallon bucket! 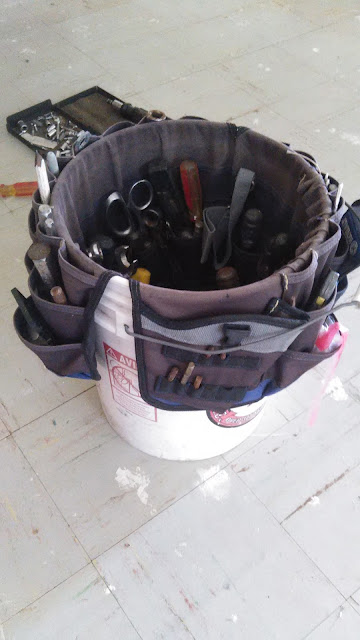 On Monday a great ripping-out occurred. Here's another shot from the dining room, looking through the bath, into the office (where Adam is standing). See that wall with ripped wallpaper and the square vent return opening? A new door will go there. A small L-shaped hall will access the office. 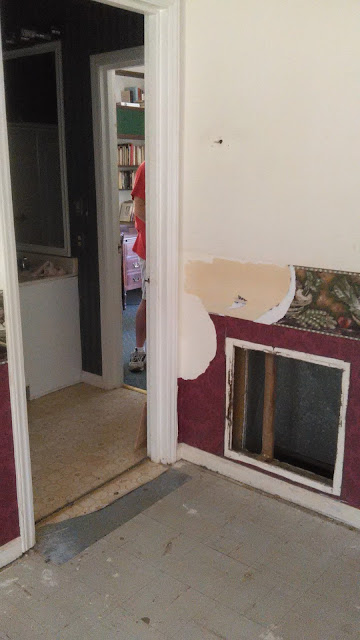 The current door from bath to office. These are big doors. I love the panels. 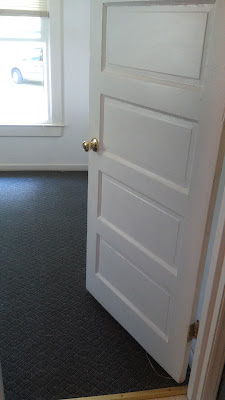 In the middle bedroom, the new door/hall will have to pass through this closet and will cut it down to a very tiny, itty-bitty closet. The hall will come from the dining room (behind that metal vent box) and will go into the office via the side wall of the closet. 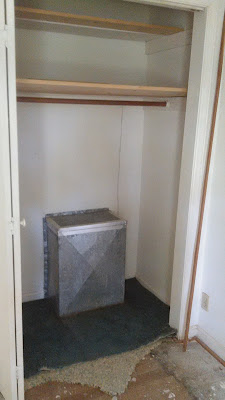 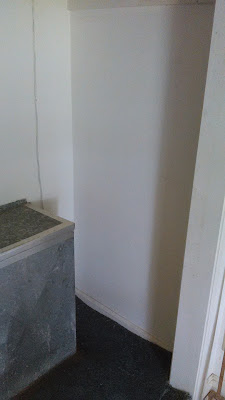 This wall in the office will be busted open for the access. This box -- maybe a security alarm box? - will have to go too. 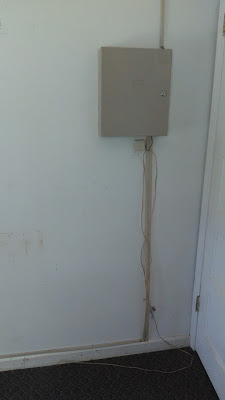 Later ... I came back to find this in the living room! 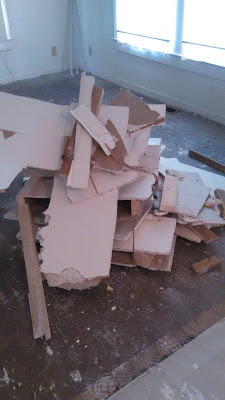 The great ripping-out! Our contractor cut out the opening from the dining room, took out the vent box, and cut out a new doorway into the office. 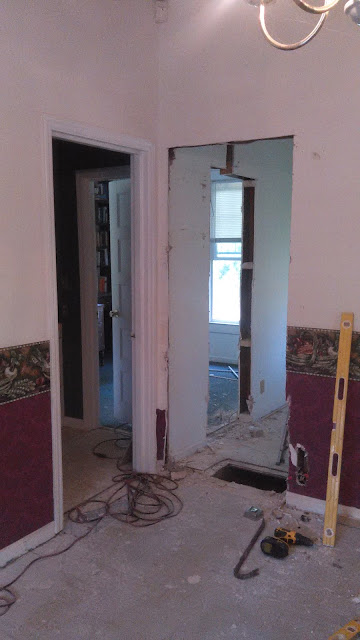 Now we can close that bathroom door and have some privacy in there :)
On Tuesday, the contractor should frame in the hallway. Making progress! 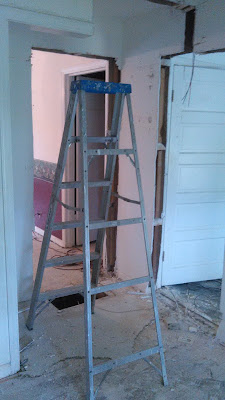 And Adam hopes to finish the out-building ceiling and roof repair on Tuesday too. Then he can give his aching muscles a rest.
Posted by M.K. at 4:25 AM